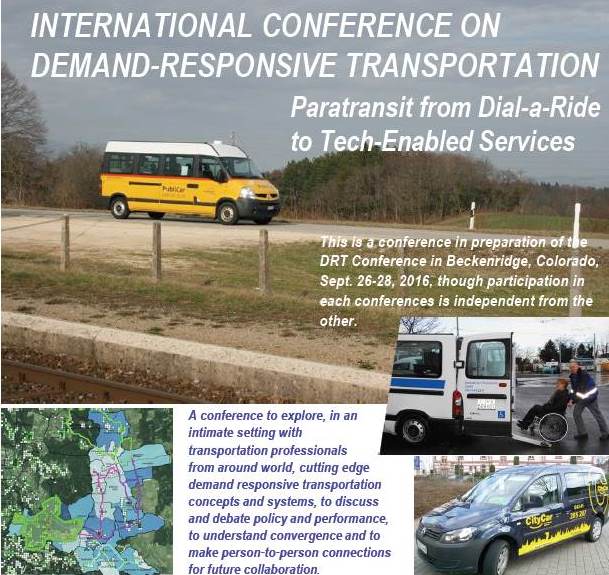 Public transport comes in different forms and sizes, including demand-responsive (or 'flexible') services that have been part of the public transport systems for quite some time now.

In most western societies, Demand-Responsive Transport (DRT) is mainly used in areas of low demand or for special needs while elsewhere it may be the backbone of public transport.

Today DRT is increasingly challenged by new forms of competition. This situation raises questions about the very essence of how things should be done. The following key topics were identified at an international conference in Stuttgart (Germany) on 1 May 2016.

Interesting case studies were presented during the two-day session, such as that of Flexdanmark, where a systematic approach to performance monitoring and aggregation of different service and market segments under one roof was achieved.

The debate is expected to be continued at the TRB Paratransit conference in Breckenridge (USA) in late September 2016.