Rotterdam to cut soot by 40% (The Netherlands) 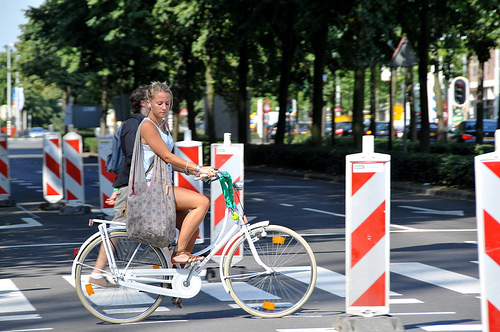 Rotterdam has set new ambitious plans to expand its environmental zone with the aim of cutting emissions and reducing soot by 40 per cent in the city centre.

In Rotterdam large diesel vehicles weighing over 3.5 tons that enter the zone must comply with Euro IV or higher emission standards. As of 1 January 2015 only cars registered after 1 January 2001 will be allowed to enter.

Developing the zones is part of environmental legislation proposed by Rotterdam’s municipal executive board, which may also see diesel trucks and vans older than 10 years blocked from entering the zone. Rotterdam believes this would reduce traffic by approximately 10 per cent.

Other measures include installing charging stations for electric vehicles, improving infrastructure for walking and cycling and adding green vehicles to the municipal fleet, which Rotterdam wants to be 25 per cent 'cleaner' by 2018.

The Netherlands is currently home to 12 cities with environmental zones in the centre.

For more information, visit the Verkeersnet magazine website (in Dutch).