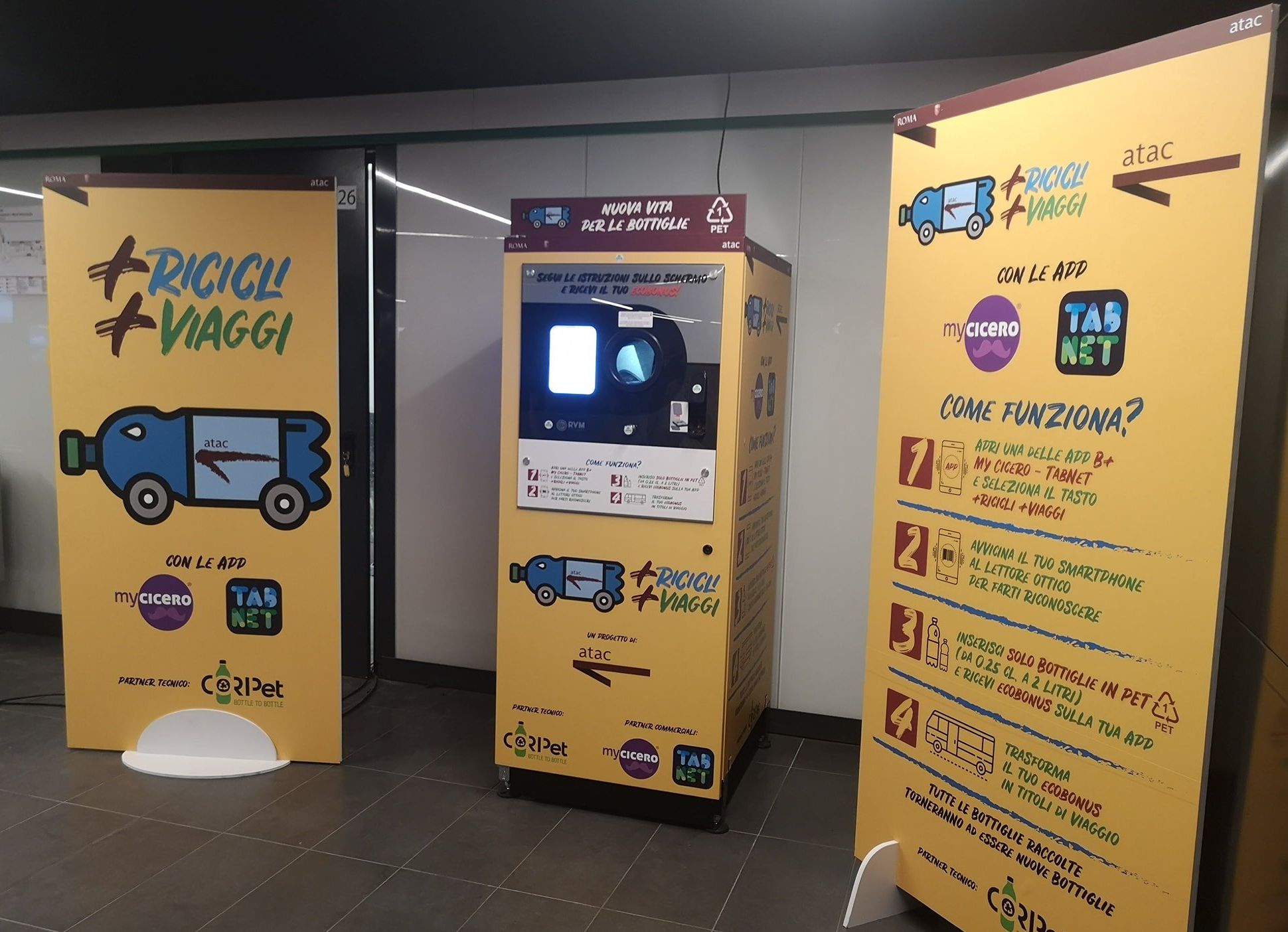 The machines have been placed in one station on each of Rome's three metro lines: in the Cipro metro station on Line A, Piramide on Line B and San Giovanni on Line C. They will be in place for a 12-month “test phase”, after which authorities will decide whether to expand or suspend the scheme. This initiative makes the Italian capital the “first large European capital” to test such a scheme, according to city mayor Virginia Raggi.

Each plastic bottle is worth the equivalent of 5 euro cents, meaning that for every 30 recycled bottles recycled you will receive a public transport ticket. “The more you recycle, the more you travel” is the slogan picked for the campaign. Passengers will collect points through the mobile applications B+, My Cicero and TabNet, which have partnered with public transport operator ATAC for the test phase.

Promoting the recycling of plastics and introducing circular economy measures are part of Rome’s efforts to alleviate its chronic waste problems, which have become worse in the past few years after the city’s main dump was closed. The authorities are also considering introducing a ban on single-use plastics.

The initiative has attracted the attention of policy makers in other Italian cities, which have expressed their interest in testing similar schemes. The reaction from the public has also been very positive, with 11,000 plastic bottles being collected in less than one week from the launch of the trial.

Allowing passengers to trade plastic bottles for metro tickets is a “simple and fun way to incentivise the use of public transport”, said Mayor Raggi.