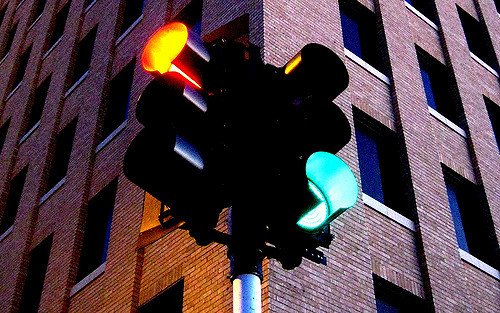 The UK’s Institute of Economic Affairs claims that the increase in traffic regulations is damaging the British economy and is having a detrimental effect on road safety and the environment.

In a new report, the IEA says that the number of traffic lights in England has increased by 25 per cent since 2000, while the number of speed humps have risen to 60 000 since their introduction in the early 1980s.

Just a two-minute delay to every car journey equates to a loss of approximately £16 bn (€20.69 bn) every year, equivalent to almost 1 per cent of the UK's GDP, the IEA states.

It is calling for policies that harness voluntary co-operation among road-users, such as ‘shared space’, which removes conventional traffic infrastructure, such as traffic lights, road markings and bollards.

According to the IEA, drivers behave with more consideration to other road users when regulations are removed, improving safety and allowing traffic to flow more smoothly.

‘The evidence of shared space schemes shows the transformational benefits of less regulated approach, whilst the removal of a high proportion of traffic lights would deliver substantial economic and social benefits.’