Skip to main content
Home Discover News Riding in the right direction: a Turkish city goes back to cycling

Riding in the right direction: a Turkish city goes back to cycling 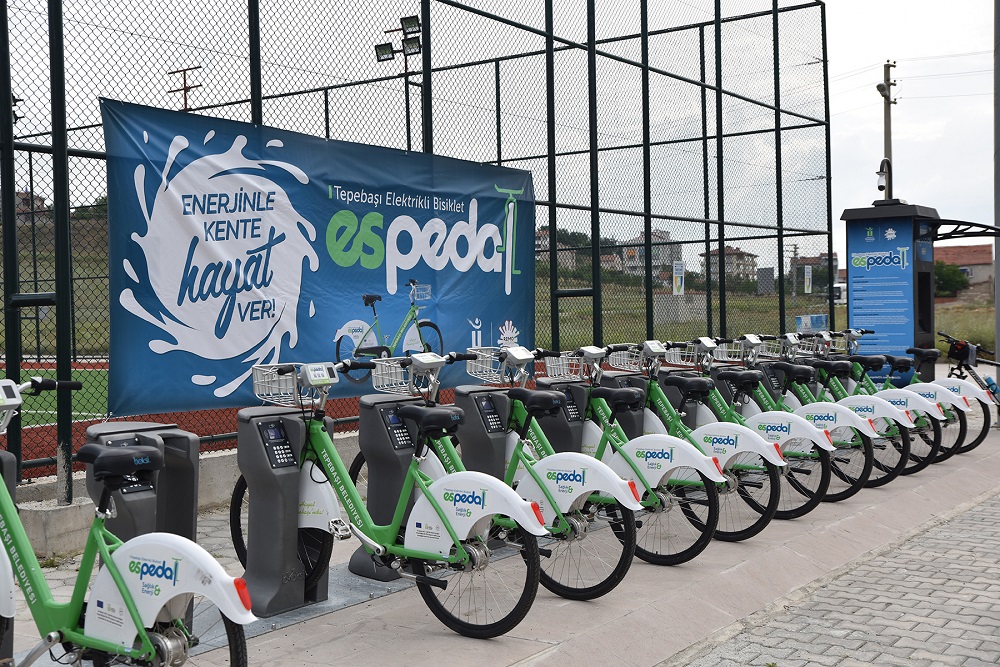 Tepebaşı is a town of Eskişehir in western Turkey that is embracing a return to urban cycling albeit with a novelty – the bikes are now electric.

A few decades ago, the town enjoyed a relatively high proportion of non-motorised transport due to its geographical and industrial features. However, other more polluting modes of transport gradually took over – something the municipality is now keen to reverse.

As part of the EU-funded REMOURBAN project, the municipality has introduced an e-bike-sharing scheme along with new cycle lanes. Murat Aksu, director of Tepebaşı's EU Coordination Centre, said, "We have a Sustainable Mobility Master Plan, which includes pedestrianised, bicycle-friendly modes of transportation. Our plans already exist to use the e-Bike Sharing System and extend the bicycle lanes and its coverage to the other parts of the Tepebaşı district. We want to see cycling in Tepebaşı transformed, and we will do all we can to make it happen."

The scheme, which entered service in July last year, consists of 30 electric bikes, 3 pay stations and 45 charging stations. Eskişehir already has a smart transit card called ESKART, which will include e-bike rental in the near future. Incentives such as discounts on the rail system will be offered to e-bike users. Inter-modality will be promoted with the aim of fully incorporating the e-bike scheme into the public transport system.

The e-bike-sharing scheme records between 1 and 3 trips per e-bike per day, ranging from 1 to 80 kilometres. It is estimated that about 500 people will ride these e-bikes over a year to get around and commute. According to Mr. Aksu, the level of use matches the expectations set out under REMOURBAN. In addition to the e-bikes, 5 kilometres of cycle paths have been laid out to encourage more people to take to their bikes. The route was determined according to safety and traffic interference factors and it was also based on a survey with residents.

The advantages of such an e-bike-sharing scheme are obvious but challenges also exist. Charging times remain stubbornly high (4-6 hours) although recharging technologies may cut these to 30 minutes in the future. Mr. Aksu explains: "In the case where electric bike demand is underestimated, or range is overestimated, there are few solutions to increase the availability of service and the size of the fleet. Another alternative to assure that electric bikes are always available is an advanced, off-board battery management system. Each bike can always be available if an appropriate number of recharged batteries are available."

Although this initiative may seem like a drop in the ocean in the fight against climate change, it's yet another step in the right direction. Such schemes can start to change the way people think about their daily lives and impact on the environment. They also realise that there are health benefits, less noise pollution and better interconnectivity with other means of transport. According to transport emissions literature, a 10% increase in cycling for urban transport would reduce emissions by around 7.5%. If this is projected to other towns and cities across the world, then we really would be riding in the right direction.