A quarter of Istanbul's buses to go electric by 2019 (Turkey) 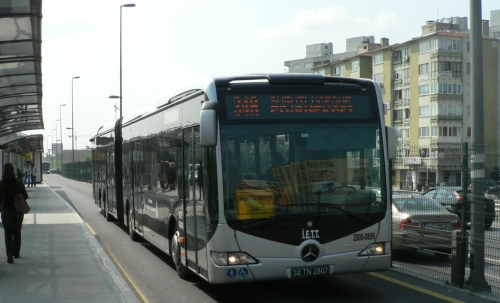 Istanbul Electric Tramway and Tunnel Enterprises (IETT), one of Istanbul's two public transport operators, has announced that it aims to have electric buses make up 25 per cent of its fleet by 2019, a move that will help reduce air pollution in the Turkish capital.

The testing of the electric bus models by IETT is already underway, as are further plans to increase by 30 per cent the number of buses in its fleet that run on compressed natural gas (CNG), a cleaner and quieter alternative fuel to diesel or petrol.

Mümin Kahveci, IETT's General Manager, announced the operator's target at a press conference in September. He also highlighted that due to a recent bus accident, maintenance standards had been reviewed and scheduled checks had been increased.