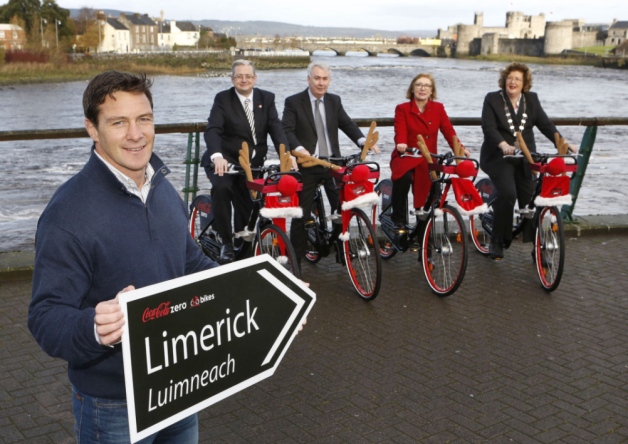 Limerick has unveiled a new public bicycle scheme that will provide citizens with 215 bikes and 25 docking stations around the city.

The scheme is being delivered by the An Rothar Nua consortium, which has already launched a similar service in Galway and is preparing a third public bicycle scheme in Cork.

Ireland’s Department of Transport, Tourism and Sport provided € 5.1 m funding for the three schemes, while Coca-Cola lent its name in exchange for an investment of almost € 3m over the next five years.

A number of stations are already opened in Limerick, which around 800 people registered online to use in the first two days. The annual operating cost for the schemes in all three cities is thought to be around € 1.25m per year.

‘This spread will benefit our city’s visitors as they enjoy the sights of Ireland’s first City of Culture; commuters as they travel between meetings or to their bus stop; and leisure bike users as they enjoy a weekend cycle or a shopping trip around the city.’