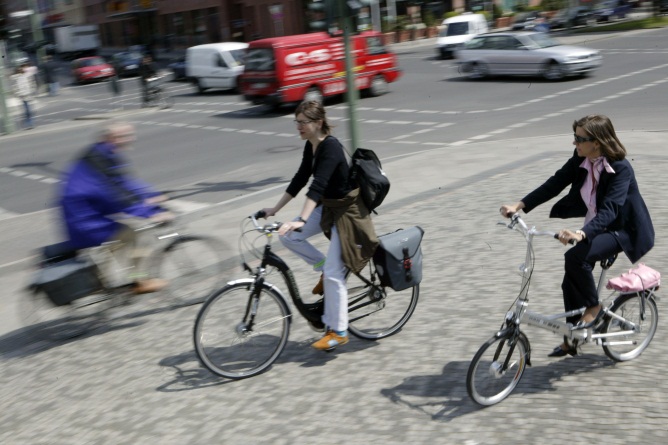 The German ecologic transport Club VCD promotes the use of bicycles to get to school and encourages the mobile youth for carbon free transportation. Two of their projects have now been awarded by the German commission of the UNESCO.
A campaign that motivates young people between 12 and 18 years old to travel climate friendly and cycle to school and in their free time has been awarded. The framework is set by an online cycling tour in which users progress with each kilometre cycled in reality. Also acknowledged with an award is a joint project that supports bicycle promotion. Besides an informative internet portal partners such as clubs, schools, kindergartens and families are provided with material, activity possibilities around cycling and personal advice in order to promote cycling among the youth.

According to the jury the two awarded projects showed exemplary implementation of the worldwide education offensive “education for sustainable development”. The projects were evaluated in terms of being innovative, having a broad impact and transmitting competences from several sustainability dimensions, economy, social aspects and environment.