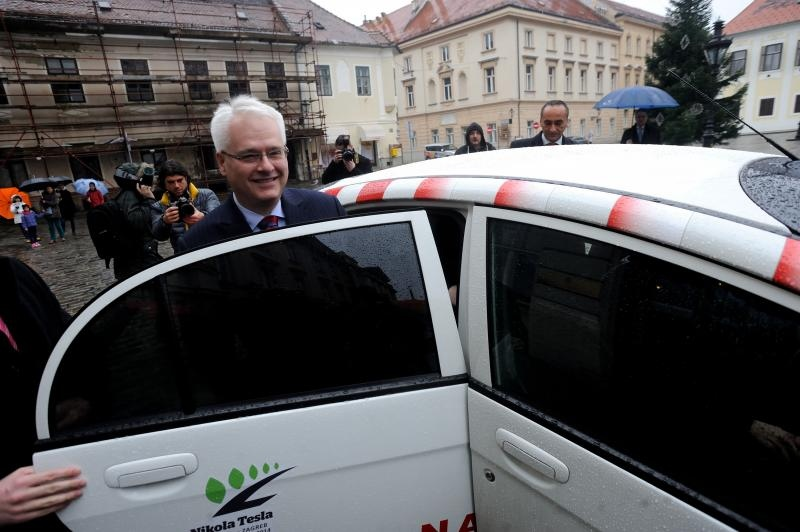 The Croatian President, Ivo Josipović, has called for his fellow citizens to help reduce greenhouse gases by changing their behaviour and driving electric cars.

Following a visit to the State Election Commission to confirm his intent to run again for the presidency, Mr Josipović took a symbolic ride in an electric car to Zagreb’s Upper Town.

The President told waiting reporters that Croatians have entered a time when the environment is facing major problems and that it would have serious consequences on their daily lives and industry.

He also said that 40 per cent of greenhouse gas pollution comes from the transport sector, of which more than 60 percent is from private vehicles. ‘Therefore, the transition to electric vehicles [...] means a lot for our future,’ he said.

Mr Josipović was accompanied by Mirela Holy, the leader of the Croatian Sustainable Development party, who said that clean and energy-efficient vehicles had great potential for boosting Croatia’s economy.

Ms Holy pointed out that Croatia has industries that are able to produce tools and components for the automotive industry, particularly relating to electric cars and alternative fuel technology.