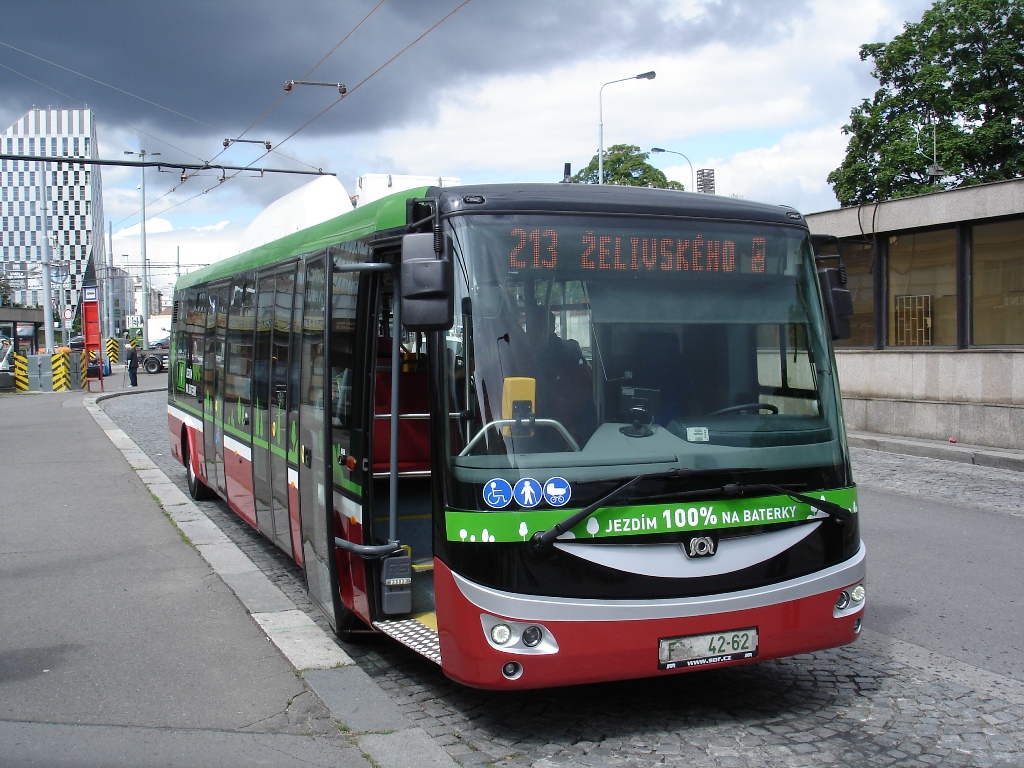 The city of Prague is testing new electric buses with a view to fully introducing the vehicles on routes in September this year.

The aim of the testing is to verify the operational, technical and economic parameters of the vehicle which, with a fully electric vehicle heating system, ensures zero-emissions at the point of operation.

In addition to being charged overnight, the batteries can be topped-up in the day during stoppages on specially constructed runways.

Using a bipolar pantograph on the roof, the buses on the runway can be supplied with energy from adjacent sections of the tram network.

An hour’s charge using this method extends the range of the bus from 120-150km to 260km, which according the DPP is ‘an average or above-average bus route in Prague.'

The new service will be trialled for one year, after which the vehicles may be considered for an extended roll-out in other parts of the region.