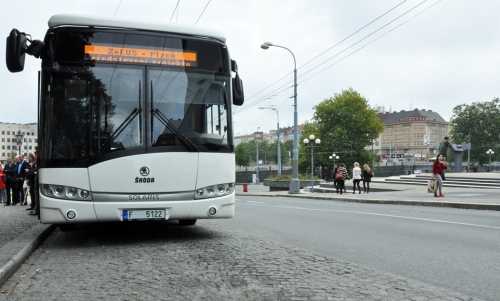 Two rapid-charging electric buses are set to be introduced in the Czech city of Plzeň from early 2015, thanks to an EU-funded project that develops zero-emission bus transport.

The Škoda Perun buses, which produce no on-street emissions and little noise, need only 12 minutes of charging time to cover their full route of 22 kilometres. Numerous sustainable technologies are included in the buses' design, including the ability to feed the energy used in braking back into the batteries.

The buses also feature a heating and cooling system which recycles heat generated by driving. Fast-charging stations are planned to be installed at the route's final stop, ensuring minimal delay in service.

The buses will be trialled until the end of 2017 as part of the EU-funded ZeEUS (Zero Emission Urban Bus System) project, which aims to develop zero-emission bus transport in a number of European cities: Plzeň, Bonn and Münster (Germany), Cagliari (Italy), Barcelona (Spain), Stockholm (Sweden) and Glasgow and London (United Kingdom).

For more information, visit regiony.impuls.cz (in Czech) or zeeus.eu.  A video about the news on Czech television is also available.