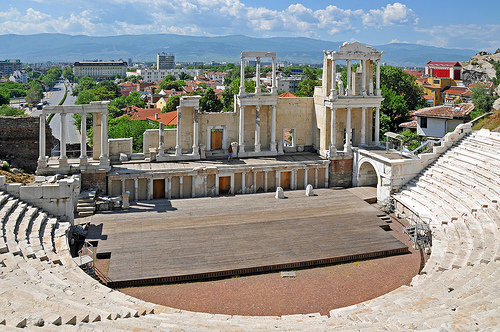 The City of Plovdiv has signed a 44.3m lev (€ 22.65m) contract to modernise, develop and promote sustainable urban transport in the city.

As well as upgrading Plovdiv's entire transport system, the project includes the construction of a new centre for traffic management.

The consortium will also conduct a study on traffic signage, upgrade infrastructure at important intersections and implement measures to ensure more accessibility across all forms of transport.

Forty-two traffic lights will be replaced and closed-circuit television surveillance will also be installed in areas with heavy traffic as part of the project, the main objective of which is to promote sustainable transport, such as cycling, walking and public transport.

Construction of a 48km cycling network is set to begin in January 2015.

The project is being delivered by Bulgarian-German consortium Plovdiv Intelligent Transport Systems and is planned for completion by October 2015.

For more information, visit the Stroitelstvo website (in Bulgarian).