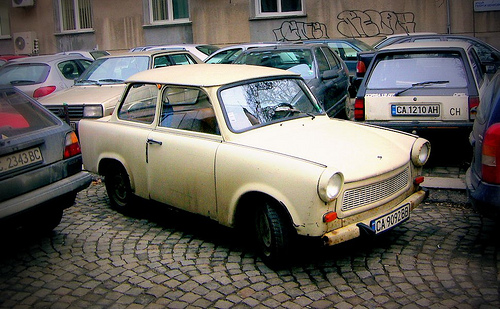 A proposal to tame Sofia’s chaotic parking with a new tariff structure has provoked a group of car owners to file a lawsuit and start a petition against fee increases.
According to a plan passed by the city assembly in March and due to take effect in September, Sofia’s downtown paid parking zone would be subdivided into two zones. In the central blue zone, comprising the historical centre, parking fees would increase from the current 1 Bulgarian lev per hour to 2 levs (0.5 to 1 euro). Parking duration would be limited to two hours. In the peripheral green zone, the fee would be 1 lev per hour and the maximum duration 4 hours.

Those in violation would have their car booted, and would be charged 30 levs plus an additional hour’s fee to have it removed. Cars left longer than 19 hours would be towed.

The measure was adopted as part of a programme to improve public transport. City assembly members say it is also needed to bring order to parking lots and ease traffic in the capital. They point out that payment will be convenient, with SMS ticketing through any one of three major mobile phone service providers.

But an ad hoc group called Dnes filed a suit in Sofia’s administrative court to block the measure legally, and then on 4 July, launched a petition drive to kill it politically. On the news site www.monitor.bg, one of the group’s members likened the tariff hikes to extortion. “It’s brazen to twist the arms of citizens in such a way, said Angelika Tsokova.