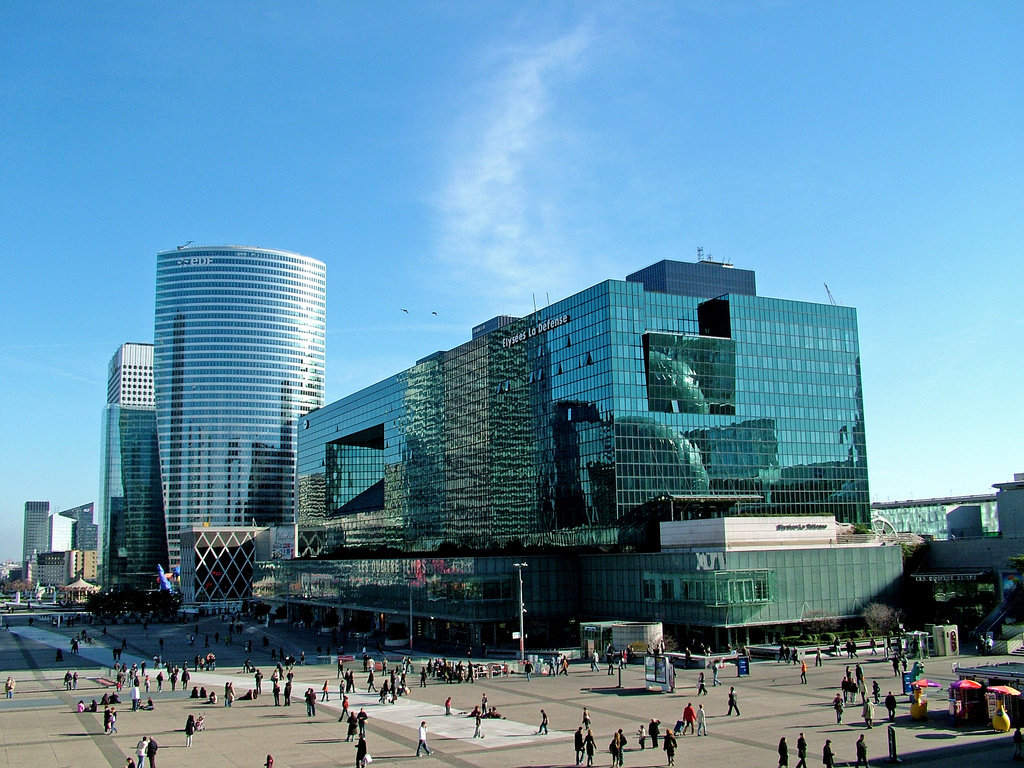 As of the beginning of July, a new driverless, electric shuttle bus service has been running in Paris. The trials are taking place in La Défense, Europe's largest business district.

Free of charge for all users, the service offers three different routes that serve the main areas of La Défense. Two of the routes will operate at 10 minute intervals at peak times during the week, whilst the third will run every 20 minutes at the weekends.

During the first three months of the trial, an operator will remain present in the vehicles. In the second phase, however, they will operate fully autonomously.

The shuttles are able to take up to 15 people and have a top speed of 45km/h, however this is often kept to 24km/h as a result of the semi-pedestrian areas in which the shuttles are navigating.

To find out more, visit eurotransportmagazine.com

Image credit: Elysées La Défense from Flickr by Guilhem Vellut under CC BY 2.0