Paris gets back its boulevards (France) 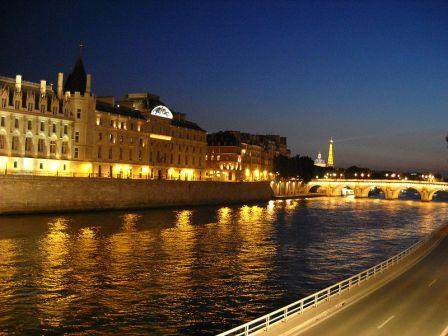 The dream of the mayor of Paris, Betrand Delanoë, to reduce car traffic along the banks of the river Seine so that they can be used by cyclists and pedestrians, will become reality.
In the 1960s, the river banks on both sides of the river Seine were asphalted into city highways. 'Paris should adapt to car traffic' was the slogan of former president George Pompidou. But the highways formed a formidable barrier for the residents of Paris, cutting them off from the magnificent river. According to Delanoë, the river banks, which are UNESCO World Heritage, should become vibrant once again. He already introduced ‘Paris Plages’: city beaches where people can sunbathe or lunch, constructed by closing parts of the highway and covering them in sand.

The plan to cut back car traffic was blocked in January by former Prime Minister François Fillon, leader of the centre right party. Fillon will run for the office of mayor in 2014. The impact of the plan on the city’s traffic should be investigated more thoroughly, Fillon says. According to the city, that impact is minimal: less than 10 minutes extra travel time on a normal day, even during peak hours. After socialist Hollande won the presidential elections in June, the new PM Jean-Marc Ayrault approved the project. The total cost will be approx. €35 to 40 million.

The execution of the plan starts in September. About a kilometre of highway on the right bank of the river will be narrowed. Along the waterside, there will be space for pedestrian paths, docks for electric boats, bars and cafés. In the spring of next year, 2.5 kilometres of the left bank will be closed to car traffic, roughly between Musée d’Orsay and the Pont de l’Alma. The city wants to turn it into a park of 4.5 hectares with floating botanical gardens, sporting fields, restaurants, a flower market and perhaps also a co-called ‘Bato-bar’ a narrow boat for short river trips with drinks.