Old vs. used vs. new: debates for public procurement of buses and trolley buses (Hungary) 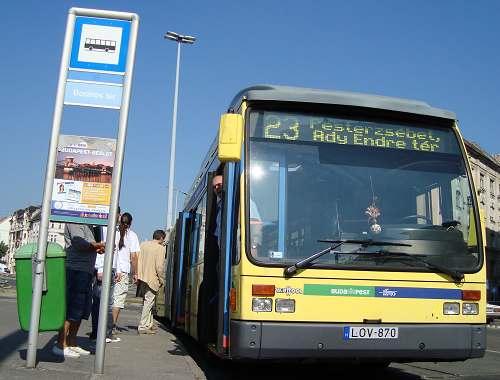 Local decision-makers are attempting to find the most cost-efficient solution to refresh the ageing rolling stock of the Budapest Public Transport Company. Currently, the widely-challenged priority is the procurement of used buses from the West.
The average age of the bus and trolley-bus fleet of the Budapest Public Transport Company has been steadily increasing in the last two decades, which is primarily due to constant financial difficulties. By now the average age of the fleet far exceeds those in Western Europe, with vehicles from the 70s being no rare sight.

The quality of the vehicles is a determining factor in the overall quality of public transport services, therefore local decision-makers are currently focusing on acquiring used buses from the West. In 2010 altogether 13 pieces of Van Hool A 300 buses arrived from the Netherlands, which were purchased at a price of €26,250 EUR per vehicle. These low-floor buses are adjusted to the local environment: the number of windows that can open are increased, the bus is recoloured and they are supplied with air conditioning. A further 30 such buses are currently being procured.

The same way, old Russian trolley-buses from the 70s are currently replaced by used trolley’s from Eastern Germany. The 15 MAN trolleys were purchased for €532,000 each. Also these buses are renewed, which includes air conditioning, passenger information system, recolouring and window adjustments.

Currently, the priority is clearly to acquire used buses. The reasons are primarily financial, but also that of environmental (“reusing”) and managerial (speed and ease of purchase). However, this practice is widely debated by Hungarian professionals, as the country’s industry is already fully capable of producing high-quality buses. What’s more, production capacities are that large that the industry could supply buses to replace the entire bus fleet of the country.