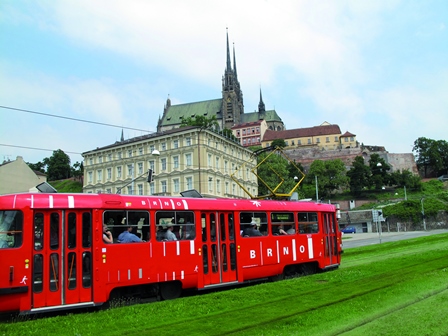 In the framework of the European project POSSE, the city of Brno is planning several investments in traffic
infrastructure to build up an integrated traffic control system.
POSSE is a three-year EU-funded project that focuses on open specifications and standards for ITS and traffic management. The project comes at the right time for Brno whose strategy for open specifications is being built. The two key issues to be solved are traffic control and parking management.

Half of the planned investments for the integrated traffic control system (approx. 16 million euros in total) are devoted to traffic controllers providing priority to public transport vehicles at crossroads. The city aims to unify the principles of several suppliers´ products through an open protocol for communication with the traffic control centre. Unified data sharing should also lead to better information for passengers.

Another 4.5 million euros will be spent on data gathering from several subsystems by the traffic control centre for information and enforcement purposes. Data will be gathered from traffic control systems in the city's tunnels, on the main ring road and both highways, and from VMS and parking management systems. A hundred additional detectors for collecting data will be installed in the city (estimated cost: 1.6 million euros). To optimise traffic control, the city's communication network (optical fibre) also needs renovation and extension (estimated at 2.1 million euros).