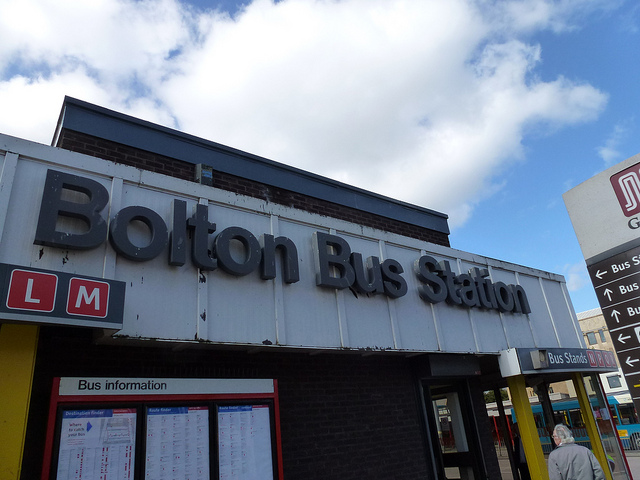 A new £48m multimodal interchange has opened in the town of Bolton in north-west England, replacing the town’s old bus station.

The modern facility links to the town’s railway station by means of a ‘Skylink’ bridge, making transfers between the two modes of transport easy.

A ‘Skylink’ bridge between the new interchange and the town’s railway station makes transfers between the two modes of transport easy.

The local council and regional transport authority, Transport for Greater Manchester (TfGM), were responsible for the project.

TfGM consulted its Design Disability Reference Group over the course of the project. Their insight meant the needs of people with disabilities were integrated into the design: the interchange includes level or ramped flooring throughout.

The building’s roof was also created with the environment in mind. By using tetrafluoroethylene, a light weight alternative to glass that enables more natural light to enter the building, energy consumption will be reduced.

Secure storage space has also been created for close to 50 bikes outside the main entrance.

Image credit: TfGM - Bolton Bus Station (from Flickr) by Firing up the quattro under CC BY 2.0.