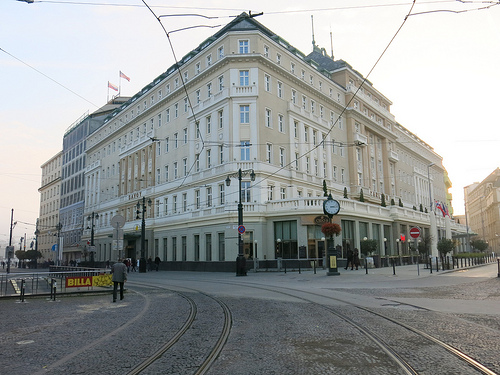 The latest cutting-edge design in transport technology has been released in Slovakian capital Bratislava  this month in the shape of new low-floor trams.

The new bi-directional ForCity Plus Two trams are fitted out with new technologies such as an audiovisual information system and air conditioned interior.

The vehicles are comprised of five separate pieces, equipped with six traction motors, each of which produces an output of 100 kW, along with two fully rotatable chassis. The trams have more passenger room than their predecessors, with improved positioning of restraint systems.

‘We are very pleased that the first generation of ForCity Plus Two trams have been revealed today in Bratislava. I have a particularly intimate and personal connection with this city and I’m sure the new Škoda Transportation trams will be popular amongst the citizens of Bratislava. Featuring a modern design, these trams give particular emphasis on comfort and safety driving’ said Joseph Bernard, Director General of Škoda Transportation.

CEO and Director General of Public Transport Bratislava, Lubomir Belfi, added: ‘I am convinced that the passengers and the public will appreciate the new, comfortable vehicles according to European standards and that significantly improve the quality of public transport in our capital city.