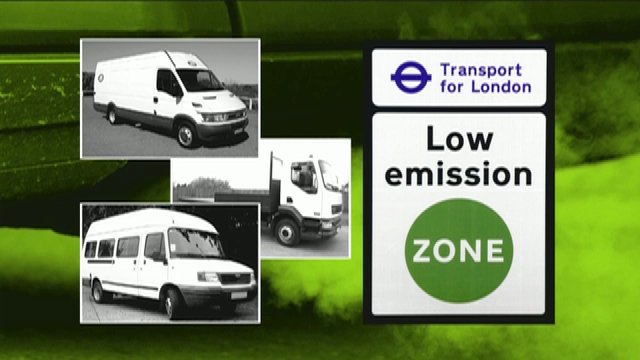 The Low Emission Zone (LEZ) is designed to minimise the use of old, polluting diesel vehicles in London, through the phased introduction of an increasingly stricter charging regime. The latest changes, which came into effect on Tuesday, mean that thousands of owners of old vehicles could be facing large fines.
Transport for London (TfL) says many old diesel vans, motorhomes and 4x4s aren't compliant with the new strict pollution limits. Lorries and coaches are already included in the scheme but now horseboxes, 4x4 light utility vehicles, pick-up trucks, ambulances and motorhomes that are more than 10 years old must meet the pollution limits.

There is now 98% compliance with lorries and coaches. Around 90% of the latest inclusions already comply.

Owners of non-compliant vehicles have the option to scrap them, convert them, or pay £100 a day to use them in the LEZ in order to avoid facing a £500 fine. If such vehicles are driven in London and picked up by TfL cameras, owners will be sent a warning notice giving them 28 days to comply with the LEZ.

TfL estimates the latest inclusions in the LEZ will have double the effect on air quality compared to the previous bounds of the LEZ.