New cycling facility set up along Champs-Elysées in Paris (France) 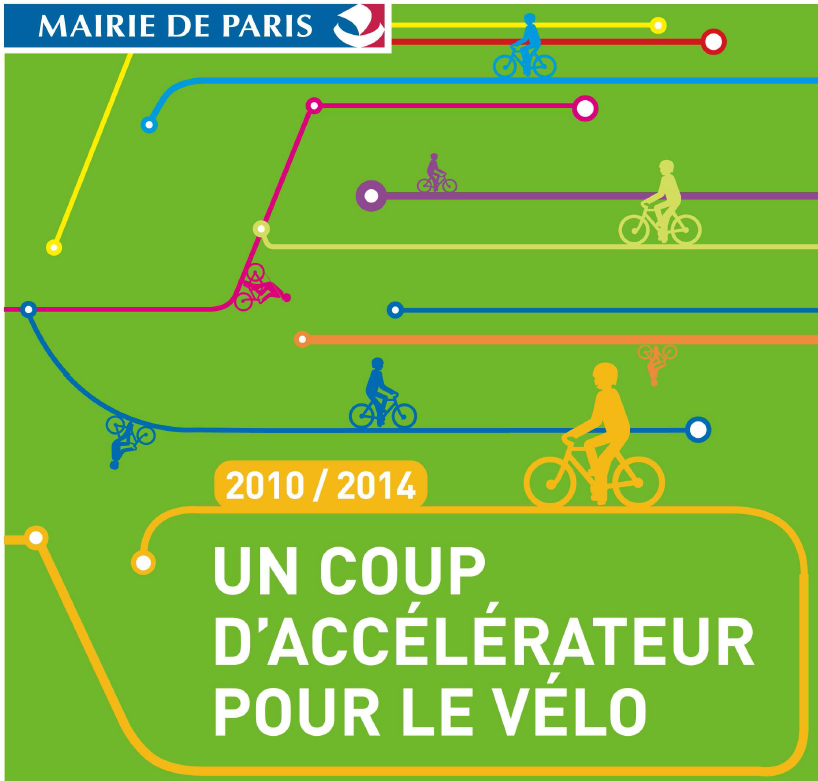 The Champs-Elysées, one of the most appreciated and famous boulevards in the world, will now integrate a new cycling facility. In May, between Place de la Concorde and the Champs-Elysées round-about, works started to transform one traffic lane in each direction into a bus-bike shared lane.
The new shared lanes are the first step in a project aiming to extend Paris’s cycling network. Besides integrating the existing network facilities by improving the connectivity of urban centres, residential and employment areas, the objective of this project is to develop two major cycling links. These are located along the actual axes of the metropolis (axe north-south, connecting Vincennes and Boulogne woods and axe east-west, from Canal Saint-Denis to Aqueduc de la Vanne) and will ensure cyclists a secure, comfortable and legible route through Paris.

The new design of Champs-Elysées, planned to be available for the general public and cyclists by the end of June, also includes a new pedestrian crossing and the enlargement/extension of the pedestrian passage going to Place de la Concorde. According to local administration officials in charge of travel, transport and public space, the new arrangement will better secure the movement of cyclists and pedestrians while streamlining traffic. Cyclists in particular will benefit from safer travel and, at the same time, be able to enjoy the streetscape of one of the most exceptional boulevards in Europe.

By implementing this project, Paris City Hall confirms once again its commitment to an ambitious mobility policy, which takes into account the recent travel behaviour changes of Paris and Ile-de-France residents, and also their aspirations for a safer and better shared public space. During the last ten years, cycling has more than doubled in Paris, this being the consequence of the consistent proactive support offered by the local administration. For example, the establishment of Velib’ in 2007 (presently the service has 245,000 annual subscribers); within ten years, completion of more than 500 km of cycling lanes, with a current total of 700km; subsidy for the purchase of electric bikes; setting up two-way cycling lanes on one-way streets; and creating areas with 20 or 30km/h speed limits.

Sources (in French): http://www.paris.fr and Plan Velo Paris, that also can be downloaded from this link.
Country:
France
Topic:
Walking and cycling