New bike path to connect Croatia and Bosnia and Herzegovina 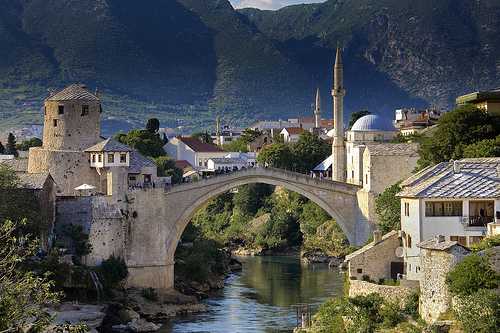 A former railway line connecting Croatia with Bosnia and Herzegovina is to be turned into a new bicycle path with the help of EU funds.

Converting the track of the old Ciro train, the 200 km route will connect Mostar (Bosnia and Herzogovina) and Konvale via Dubrovnik (Croatia). Supporting the new path will be other cycling infrastructure, including newly built rest areas, information points covering the history of the route and other material for cyclists.

A Memorandum of Understanding (MOA) has been signed within the region, outlining the construction of bike trails and supporting facilities, as well as regional involvement in the promotion and development of tourism. The Regional Development Agency of Dubrovnik-Neretva County, Konavle Tourist Board and representatives of the Regional Development Agency Herzegovina, the municipalities of Trebinje and Čapljina, and the Bike Herzegovina Association were all included in the MOA.

Around € 593 000 of the € 643 000 project will be financed by the EU through its Croatia-Bosnia and Herzegovina cross-border programme. Construction of the path will commence in 2015 and will be completed within 24 months.

For more information visit the SEE Biz website (in Croatian/Bosnian).