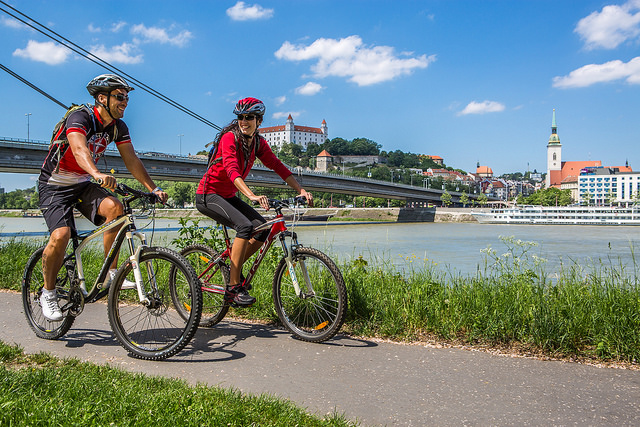 Bratislava has given one of its districts funding from the city budget to build new cycle paths.

Vrakuňa district council received €38 750 to build a new 1.5 km cycle path along the Little Danube that will cross over the river and continue to an intersection that leads to the airport.

The district will also use the money to mark vertical and horizontal road signs along existing paths to make them more visible, and improve some of the district’s current bicycle infrastructure.

‘A month ago we opened bicycle paths on the Little Danube promenade, but they are very poorly marked and cyclists often ride along the pedestrian promenade,’ explained the district’s mayor, Martin Kuruc, who expects to complete the measures this year.

The mayor hopes that promoting cycling will relieve urban traffic and reduce congestion during peak hours.

To prevent collisions between pedestrians and cyclists, the city district also wants to extend the existing sidewalk at the eastern entrance to Vrakunský park and divide it into a cycling and pedestrian path.

The project includes installing lamps with LED bulbs and photovoltaic cells. It also supports the implementation of a clay cycle track for children.