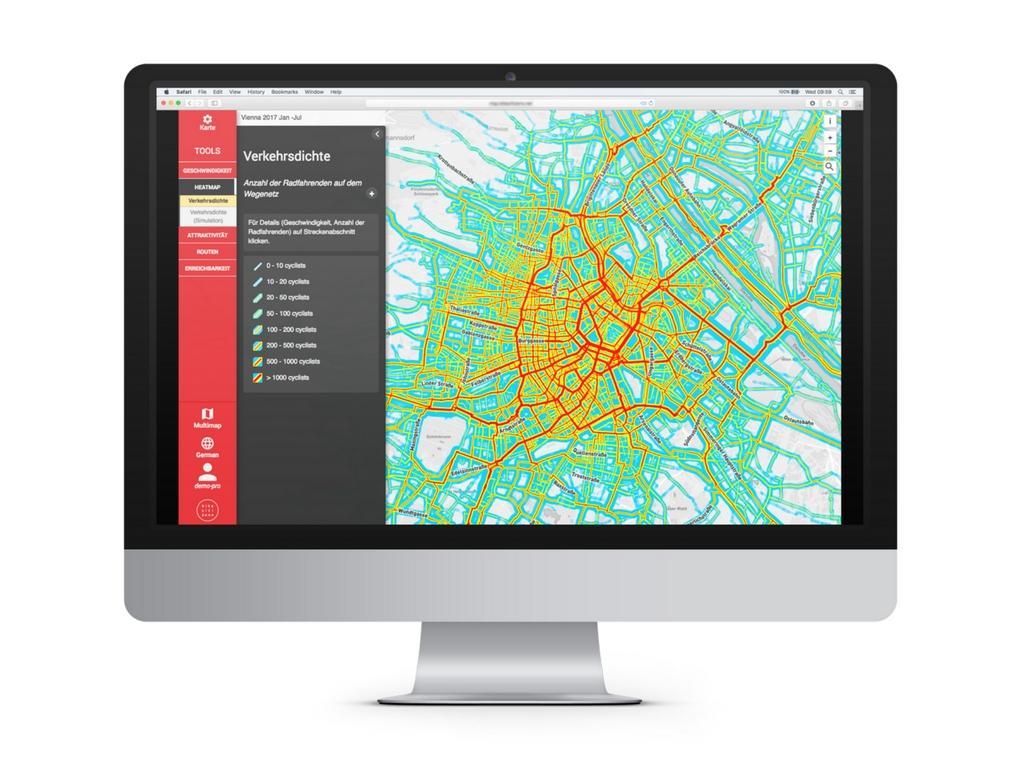 The aim of the new Bike Citizens GPS data analysis tool is not only to find out how many people are cycling in towns and cities, but also to identify gaps in the cycle network and to optimise bike-friendly routes in cities. It provides an insight into bicycle traffic behaviour and allows for the assessment of the potential effects of future projects.

Developed together with NHTV Breda University in the Netherlands, Bike Citizens Analytics shows the city from the cyclist’s perspective. Anonymised data that is voluntarily provided by users of the Bike Citizens app can be incorporated into the tool and analysed to identify, for example:

- The traffic lights and crossings are slowing down the bicycle traffic.
- The paths/one-way streets that need to be opened up to cyclists so that people on bikes can get around the city quicker.
- The effects of closing gaps in the cycle network.