The Netherlands prohibits the use of mobile phones on bicycles 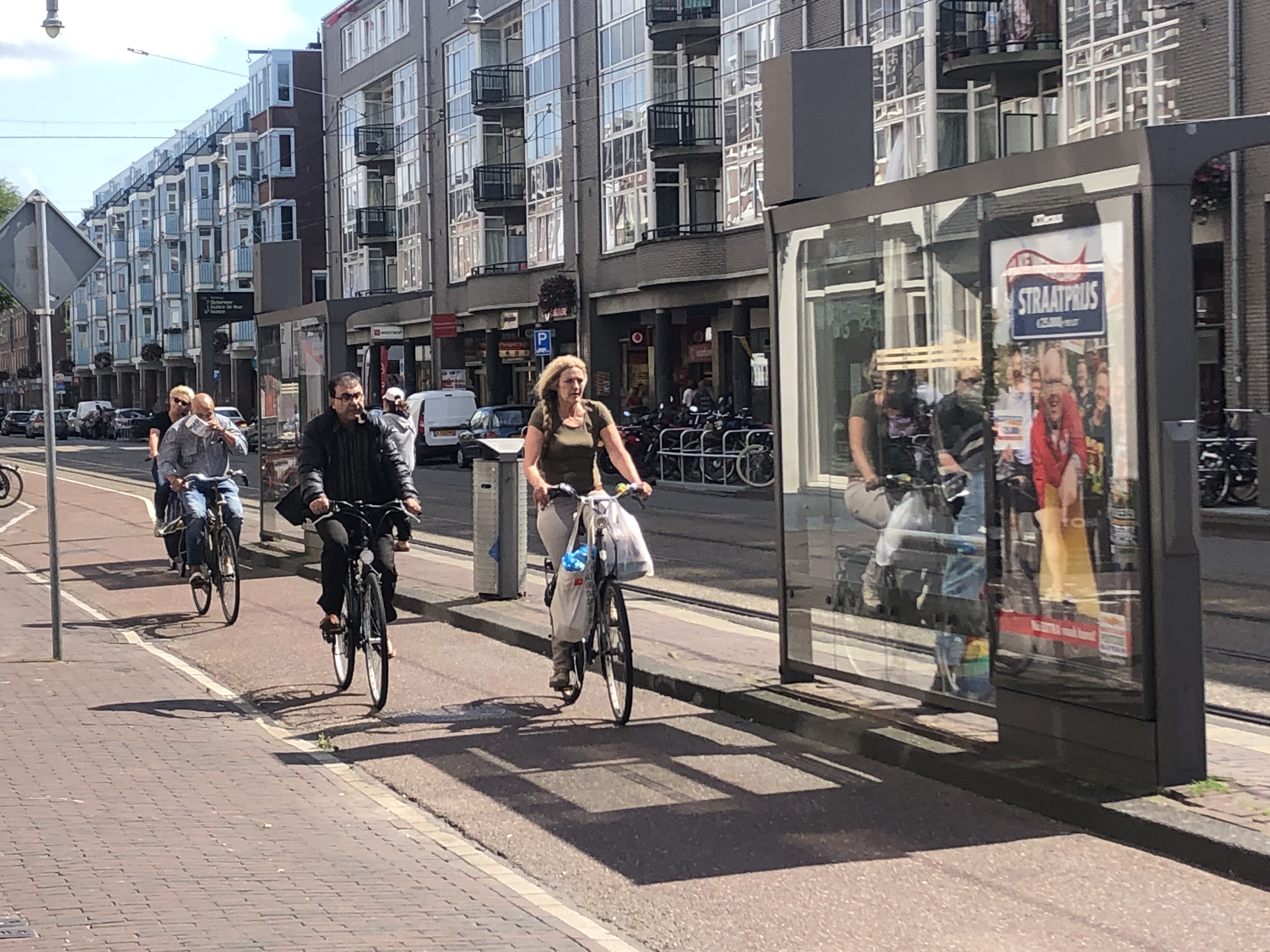 In the Netherlands, since 1 July 2019 it is has not been permitted to cycle while holding a mobile phone.

This is in recognition of the fact that cyclists using their phones are cognitively and visually distracted. Before the ban, 49% of Dutch people used their mobile phone while cycling, while amongst young people (aged between 18 and 24 years old) the proportion was higher at 75%.

The fine for anyone caught holding a mobile phone while cycling is €95. Cyclists must keep their phone in a pocket, jacket or bag.

The reason that it is only now that the use of a mobile phone on a bicycle has been banned is that initially it was assumed that the use of a phone while cycling posed less of a risk (than say a car driver using a phone) due to their lower speeds. However, the nature of mobile phone use (particularly social media), the size of phones and the price of their use have all changed enormously. Furthermore, cycle paths have become busier and, due to the rise of the electric bicycle, cycles are now used at a wider range of speeds.

According to the police, the ban on cyclists using a mobile phone is easy to enforce because it is clear when a cyclist is holding his or her mobile phone. There is no need to employ additional resources. The ban also implements the principle that targeted actions work well. For example, when the schools re-start, if a student receives a penalty, he or she will certainly tell their friends and acquaintances, and so awareness will spread.

While the ban prevents cyclists from holding a phone, they are still allowed to look at it. One could, for example, place a smartphone in a holder on the front of the bicycle, or use voice navigation using earplugs to hear the voice while cycling. Cyclists who are waiting at a traffic light or have otherwise stopped safely can use their phone, for example, to view the route planner.

Region:
Western Europe
Country:
Netherlands
Topic:
Safety and urban mobility
Link:
You need to know this about the app ban