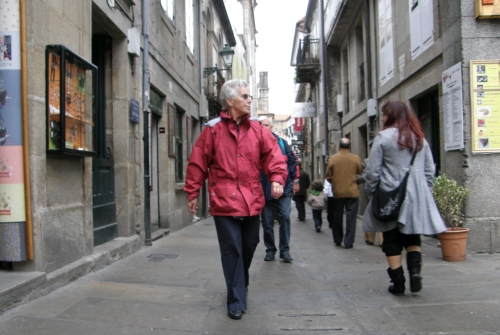 A new study has found that almost a quarter of older Spaniards face significant difficulties in getting around their cities.

Spain's Royal Automobile Club and insurance provider Liberty Seguros asked people over the age of 65 living in Spanish cities on the problems they faced with mobility.

Twenty-one per cent said that the built environment in their city is not – or is insufficiently - adapted to their needs.

Over one in ten of those surveyed said that they relied on another person for their mobility.

The study found that the biggest problems experienced by older people were walking and poor reaction times.

However, older Spaniards were less critical of drivers, saying that they were generally respectful of older pedestrians.

The study recommended reducing architectural barriers, improving visibility for pedestrians and drivers at crossings, creating mobility plans based on routes taken by seniors, and adjusting the times of traffic lights to give people more time to cross roads.

The Royal Automobile Club and Liberty Seguros surveyed 670 people over the age of 65 in Spanish cities with more than 50 000 inhabitants.

Eltis hosts a number of tools that can help cities improve accessibility for older people. See the Tools section for more information.