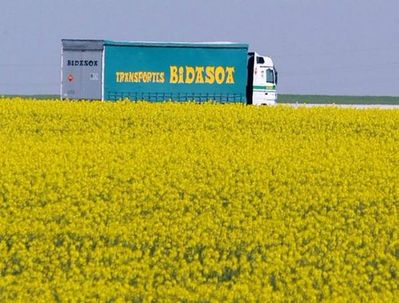 Primarily aimed at refuelling heavy trucks, these terminals will be placed in a triangle around the city of Tours and should be operational by the end of 2012. In France, NGV is becoming increasingly popular in urban areas. The urban area of Bordeaux is the last to be equipped. The main objective is to reduce the emission of fine particles in the atmosphere: compared to a diesel truck, a truck running with NGV emits 95% less fine particles. This is an important argument in an agglomeration where public authorities are precisely constrained to revise the agglomeration atmosphere protection plan. According to Iveco-Cevi, which has already equipped Mans, Dunkerque, Lyon and Besançon with NGV trucks, in addition to the cleanliness, NGV engines are also much quieter than diesel trucks.