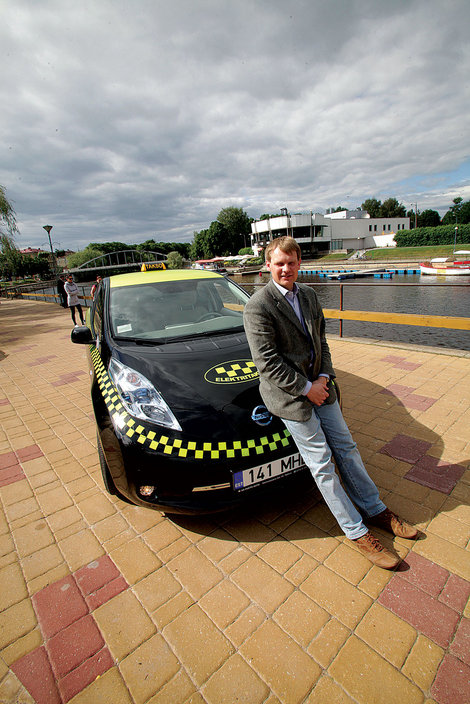 This summer, Estonia’s first electric taxi service started. Sale of Kyoto emissions credits and a nationwide project to build the infrastructure for electric cars makes Estonia one of the leading countries in electro-mobility in Europe.
In June 2012, the first electric taxi started operating in Tartu, the second biggest town in Estonia. Private enterpriser Mr. Ermo Kontson bought an electric Nissan Leaf model for use as a taxi. The financial institution Kredex contributed €18,000 of the total purchase cost of €40,000.

The price of the vehicle is not exceptional among Tartu’s taxis; while not the cheapest, it is certainly not the most expensive model. Yet in quality it is superior to conventional taxis, being super smooth, with super good acceleration, super quiet,” according to Mr. Kontson. He plans to increase the number of electric taxis to a total of ten under the Electric Taxi brand by the end of this year.

In recent years, Estonia has successfully sold greenhouse gas allowances and implemented energy-saving projects. One of the most successful and interesting projects was in the field of electrical mobility.

Since we are the first to implement a large-scale electric car project, of course we are the focus of attention from other states. The project is not limited to the purchase of cars only, but we will have a nationwide fast recharging network by the end of the year, making longer trips possible for the electric cars, commented the Minister of the Environment Mrs. Keit Pentus-Rosimannus. Also, inquiries have shown that people are particularly concerned about air quality and noise coming from cars. Electric cars don’t have these issues,” added Mrs. Pentus-Rosimannus.