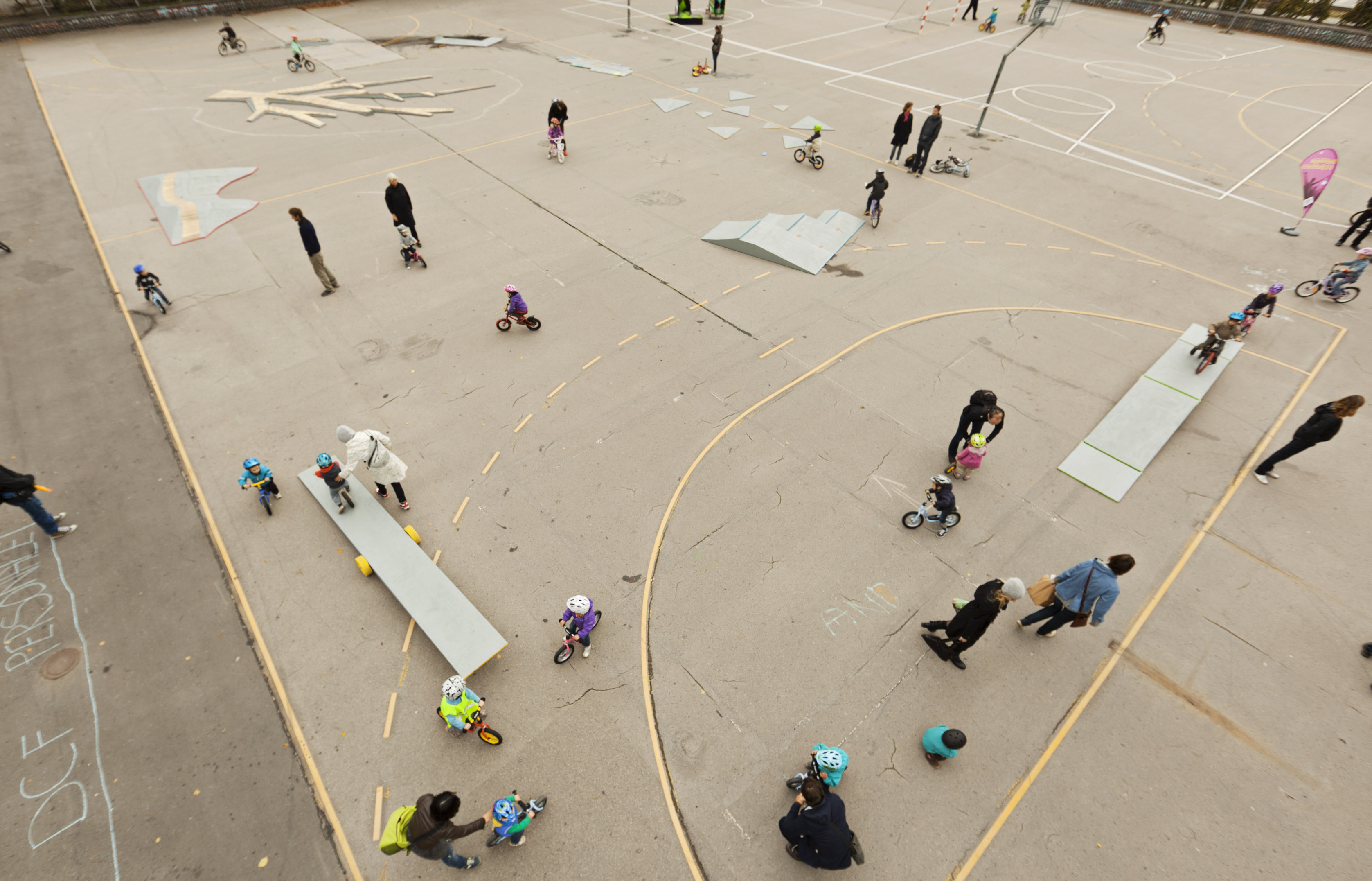 Children of Copenhagen have opened Denmark’s first mobile bicycle playground during the UCI Road World Championships.
When Danish children learn to cycle, mum or dad is usually walking behind them steadying the wobbling bike with a broomstick attached to the luggage carrier. And although they have chosen a quiet street for the trip, it almost always ends with the child having a couple of scrapes and being that much wiser. That’s the way it should be.

More than just a championship

The professional racing cyclists that convened in Copenhagen in September to find out who was going to be the world champion on two wheels might have started the same way. That the Danish capital has been selected to host such a large-scale sporting event is inextricably linked to the bicycle culture which has made Copenhagen and Denmark famous around the world. Here, cycling is not just about the professionals’ battle against time and each other. It is also about bicycles and conditions for cyclists being of high priority.

“When such a world event comes to Copenhagen, it is important that it becomes a celebration which includes the Copenhageners and not just the thousands who will come for the sporting event”, says Lord Mayor, Frank Jensen (Social Democrats), to the Danish Cyclists’ Federation.

During the week of the World Championship, a huge bicycle parade moved along the route of the individual time trial, and a sidewalk café appeared in one of the busiest intersections in Copenhagen which was closed off during the championship. All around the city, a long list of events and competitions was arranged to make the Copenhageners, both big and small, jump in the saddle.

In the city centre at Israels Plads, 2500 square metres was turned into an obstacle course for the very youngest. Here, the more or less experienced cycle kids played their way through Denmark’s first mobile bicycle playground. The challenges have been designed specifically for the small cyclists and vary in level of difficulty. So the children will practice coordination, timing, and balance – and speed when the parents are not looking. And best of all: they train their cycling skills almost without noticing because they are just playing and having fun. And this makes safe and enthusiastic cyclists.

Confidence comes on its own

According to Trine Juncher Jørgensen from the Danish Cyclists’ Federation, the many bumps, seesaws and mounds provide a safe arena for the children to learn the basics of cycling. “The children get a sense of freedom on the bicycle that they don’t get to experience many other places. At the same time, it is a possibility to challenge yourself – what can you and what can’t you do on a bike? It is about balance, coordination, and play. The interest for the bicycle playground was overwhelming, it was full of happy kids all day long.

“They think it is so much fun! The less we adults are there to interfere, the more they play, and the more they develop their games in completely unexpected directions all the while making the children more secure cyclists. Perhaps even more secure than their parents,” she says