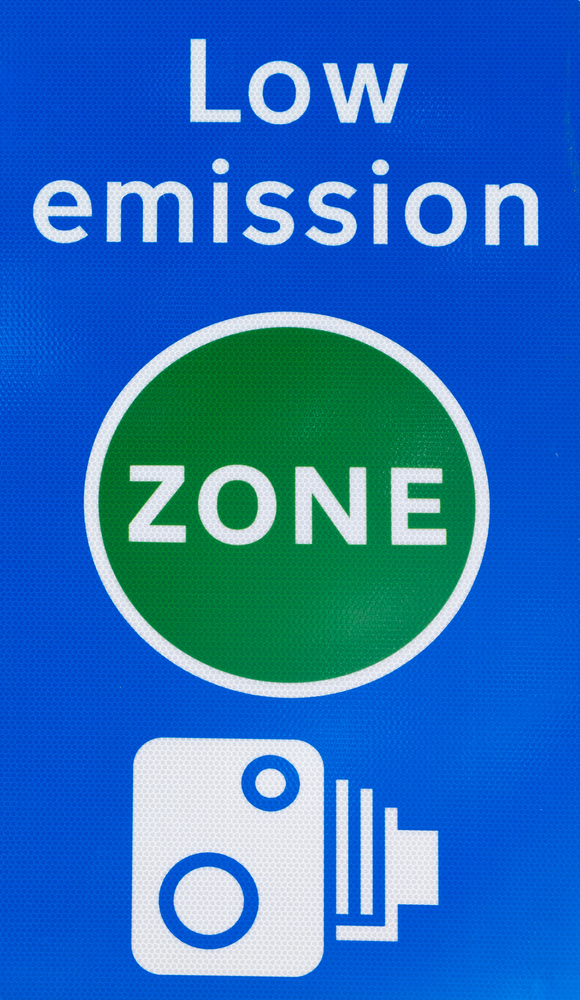 The Mayor of London, Sadiq Khan, has confirmed that the capital’s Ultra-Low Emission Zone (ULEZ) will be expanded in 2021 beyond the centre of the city to include the area within the inner ring road, i.e. to the boundary of the North and South Circular.

The new ULEZ will cover an area 18 times larger than the initial area of the ULEZ in Central London and will affect large numbers of polluting vehicles that do not comply with strict emission standards. It is estimated that every day 100,000 cars, 35,000 vans and 3,000 lorries might be affected by the expanded zone and tighter standards.

These measures will deliver a major improvement to Londoners' health by reducing the toxic air quality that is currently responsible for thousands of premature deaths and other serious conditions. Research demonstrates these effects disproportionately impact the poorest Londoners.

Recent studies by the University of Oxford have shown the health damage from cars and vans costs £6 billion annually to the NHS and society, with the bill from London vehicles totalling £650 million a year.

Expanding the ULEZ beyond central London and introducing strict requirements for heavy duty vehicles across London will result in more than 100,000 Londoners no longer living in areas exceeding legal air quality limits in 2021, a reduction of nearly 80 per cent compared to the situation before the expansion. All areas of London are expected to see reductions in pollution, including on the North and South Circular Roads themselves; only 4 per cent of roads in Outer London are expected to exceed legal limits in 2021.

The expanded zone will be managed in the same way as the central London ULEZ, which is being introduced in April 2019, 17 months earlier than has been planned. This will operate on top of the London congestion charge, and operate 24 hours a day, seven days a week, 365 days a year.

Drivers within the expanded zone using non-compliant vehicles will pay a daily ULEZ charge of £12.50, 24 hours a day, 365 days a year. These include:

Across London diesel buses, coaches and lorries will need to meet the Euro 6 standard.

Following an extensive consultation, the Mayor will also tighten the requirments for the most polluting heavy vehicles, including buses, coaches and lorries, across the whole of London from October 2020, using the same boundary as the existing Low Emission Zone.

The Mayor of London, Sadiq Khan, said: “Tackling London’s lethal air and safeguarding the health of Londoners requires bold action. Air pollution is a national health crisis and I refuse to stand back as thousands of Londoners breathe in air so filthy that it shortens our life expectancy, harms our lungs and worsens chronic illness.

“I promised hard-hitting measures to tackle our shameful air pollution and today City Hall is confirming the next stage of our plans to expand the Ultra-Low Emission Zone up to the north and south circular roads.

“We’re doing everything in our power to tackle this issue and are starting to see improvements in air quality with the wide-ranging action we’ve taken already on tackling the most polluting cars, and cleaning up our bus and taxi fleet. An expanded Ultra-Low Emission Zone, in conjunction with the Central London ULEZ, will really help transform the air that millions of Londoners breathe.

“Some motorists will need help switching to greener transport options, which is why City Hall are urging Ministers to deliver a diesel scrappage scheme to get the dirtiest cars off our roads and offer drivers a fair deal, especially the many diesel drivers who brought vehicles thinking they were more environmentally friendly after Government advice.”

The Deputy Mayor of Environment & Energy, Shirley Rodrigues, said: “Today’s announcement is a pivotal moment for every Londoner who struggles to breathe clean air. The health impact from our filthy air is shocking, especially on young children, and I look forward to seeing the results of the major new medical study looking at the impacts of ULEZ and cutting toxic emissions on children’s lung development. Our changes are already starting to improve the air across our city. In 2021, this will cut the number of schools in areas with illegal levels of air pollution by more than two thirds.“

The public consultation on expanding the ULEZ standards was the largest ever recorded by TfL and showed staunch support for the Mayor’s proposals, with 56 per cent supporting or strongly supporting the expansion of the ULEZ boundary from central London and 74 per cent backing the new London-wide emissions standards for heavy vehicles.

The Mayor listened carefully to feedback through the consultation and has decided to give disabled tax class vehicles and specially adapted private hire vehicles until October 2025 to replace their vehicles. This gives these vehicles an extra six and a half years from the start of the central London ULEZ or four years from the start of the expanded ULEZ to comply. Similarly, charities have been given a longer period of time to replace existing minibuses. They will have a two-year extension until October 2023.

Khan has already strengthened the ULEZ standards to include a particulate matter standard after recent health data revealed that every part of London exceeds recommended World Health Organisation air quality guidelines for PM2.5.

Lilli Matson, TfL’s Director of Transport Strategy, said: “London’s toxic air is a public health crisis, and expanding the Ultra-Low Emission Zone is a crucial measure. We estimate that expanding the ULEZ will reduce road transport NOx emissions by a further 28 per cent across London, so this expansion is a huge step towards protecting the health of all Londoners.”

The Mayor is working with TfL to ensure London’s public transport leads the way in low emissions. TfL is no longer procuring double-deck pure-diesel buses and instead only procuring hybrid, electric or hydrogen buses, with all buses meeting the new standards across London by 2020. TfL will only allow new taxis in London that are zero-emission capable and newly manufactured private hire vehicles will need to follow suit from 2020.

(This press release was published on 8th June 2018)