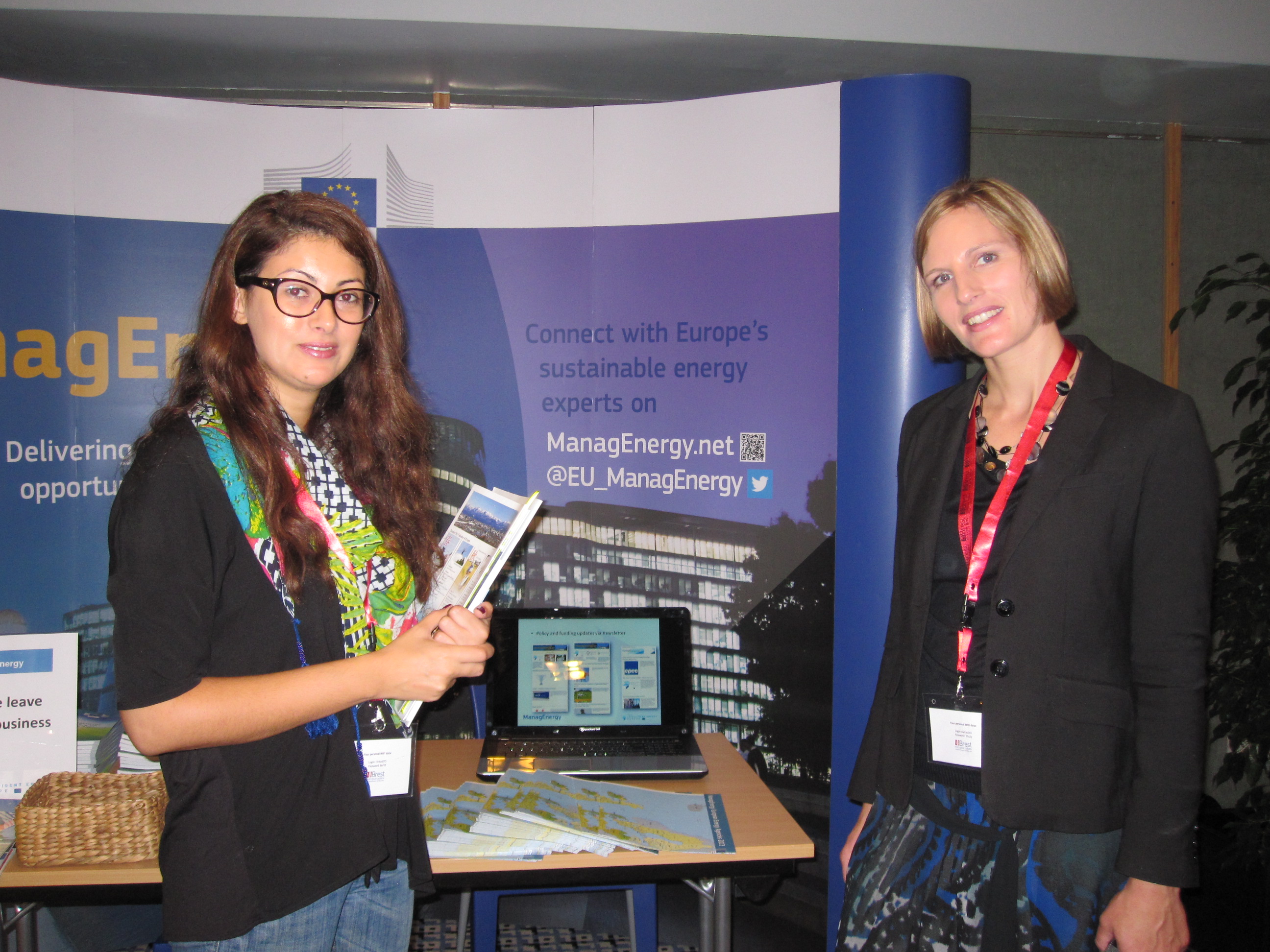 This week’s CIVITAS Forum 2013 highlighted and rewarded a range of innovative initiatives in mobility. Among the main sessions, the ManagEnergy Award 2013-winning city of Koprivnica (Croatia) presented one of CIVITAS’ flagship projects, DYN@MO. Special attention was also given to three cities that received Awards for their innovative projects.
CIVITAS member cities, politicians and technical experts gathered in Brest this week to discuss sustainable urban mobility. The Forum centered around the core theme ofimplementing sustainable urban mobility with less. Topics such as public transport promotion, the reallocation of road space and electric mobility were also debated. The Forum’s closing session showed that integrated approaches and technological innovation are essential to reach the ambitious CIVITAS objectives, while the promotion of cycling, walking and public transport are key to improve the quality of life in cities.

Three cities were awarded for making transport in their towns greener and better. The city of Bologna (Italy) received the Public Participation Award for the ‘European Cycling Challenge’, a project that demonstrates how communities can be reached through new media channels. The Technical Innovation Award was given to the city of Nantes (France) for its smart card project, a ticket fare system that improves the connectivity between modes of transport. Finally, the city of Funchal (Portugal) received congratulations for becoming the CIVITAS City of the Year. It deserves this title for its comprehensive and long-term mobility strategy, which includes the integration of bike and bus transport and the promotion of green transport among tourists.

Another initiative that received special attention during the Forum was the DYN@MO project, one of the main CIVITAS projects that currently runs in four cities. With DYN@MO, Koprivnica has shown itself to be a regional pioneer in urban mobility and sustainability. This might not come as a surprise: its efforts in mobility are part of the city’s overall strategy to become more sustainable.The Bold New Face of Koprivnica, a project on energy efficiency in buildings, received the ManagEnergy Award 2013.

DYN@MO follows on from Koprivnica’s earlier projects Town on the Move and Streets for People that successfully aimed to increase the number of trips made on foot or by bicycle. DYN@MO facilitates the next step in the city’s mobility strategy, which is the promotion of public transport, which suffered from an insufficient quality in services and an old railway infrastructure.

Better connections between railways and buses and web-based tools are among the measures to help achieve this. Helena Hecimovic of the City Council of Koprivnica praised the project: ‘DYN@MO helps us to raise our level of knowledge on sustainable urban planning.’

During the conference, the European Commission announced the release of the Urban Mobility Policy Package by the end of next year, which will involve a considerable budget for the CIVITAS initiative.

This welcome development follows Monday’s announcement of EUR 4 million grant funding for sustainable urban mobility to a consortium of 14 European research institutes, associations and consulting companies — including 10 SMEs — for a three-year project (CIVITAS Capital). Commission Vice-President Siim Kallas, responsible for transport, said: ‘This grant demonstrates the continued commitment of the EU to sustainable urban mobility. CIVITAS is one of the most important EU initiatives in this field, and will deliver tangible results.’

Next year’s CIVITAS Forum will be held in Casablanca.