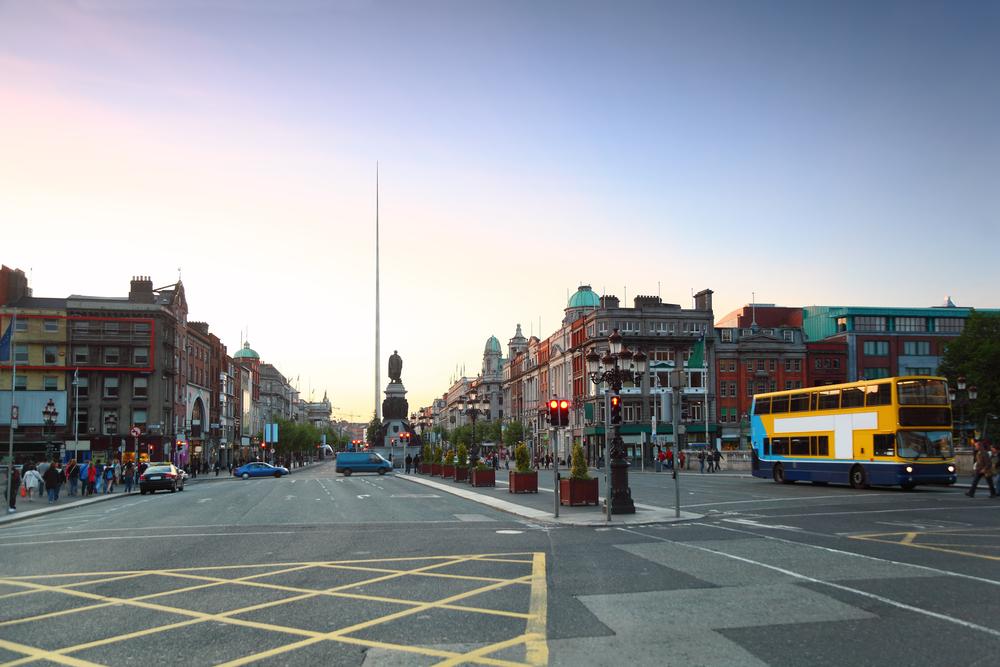 Active travel modes and public transport are becoming more popular in the Dublin area, whilst the opposite is true in other parts of Ireland finds the The Irish Department of Transport, Tourism and Sport. Findings have been revealed in Transport Trends 2018.

In recent years, Dublin has seen a significant increase in the share of journeys made on foot and by bicycle. Between 2010 and 2017, the number of cyclists entering the city more than doubled, while the number of pedestrians increased by 65 %. Between 2014 and 2016, the modal share of walking and cycling in Dublin increased from 21.9 % to 25.5 %.

In other parts of Ireland, the share of journeys made on foot and by bicycle have not grown. The modal share of walking and cycling actually dropped from 14.1 % to 12.2 % in the rest of the country.

For public transport, Dublin shows very different figures again. The modal share of public transport increased slightly between 2014 and 2016 (from 12.5 % to 13.1 %) and saw a small decrease in the rest of Ireland (from 2.8 % to 2 %). Bus passenger figures reflect this discrepancy. Dublin Bus, the bus operator in the Dublin area, transported some 10.9 million more passengers in 2017 as compared to 2016, an increase of 8.7%. Across Ireland, however, bus operator Bus Eireann saw passenger numbers fall by 1.1 %.