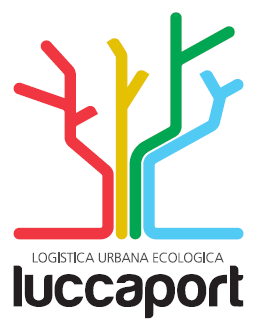 Freight transport and city goods distribution are widely known factors of energy consumption and environmental degradation in European urban centres, and increasing efforts have been undertaken in EU countries to improve operations and reduce their negative impacts.

'Only a few small cities in Europe have been working on this topic as long as the city of Lucca in Italy,' says rightly the responsible of the local urban consolidation centre – LUCCAPORT  – which in 2016 reaches 9 years of operational time.

Luccaport has delivered so far with full eletric vehicles more than 200 000 shipments to the historic centre of Lucca corresponding to more than 1 million parcels (see Luccaport movie). In fact, the main city logistics

project started in 2005 with the support of the EC LIFE program. The project named CEDM Centre for Eco Friendly City Freight Distribution implemented eco-friendly freight distribution in the historic centre of the city of Lucca, Tuscany.

The project led to significant reduction in circulation of freight vehicles, with measurable improvements in air quality, as well as energy and CO2 savings. An overview of the start up phase of the project is available on Eltis.

Moreover, the strategic planning established under CEDM, has become more and more relevant. It led to the establishment of other city logistics measures and overall the experience gained from the project is being disseminated to several European projects and networks, such as ENCLOSE and Logicaltown.