Long-term study on the relationship between obesity and driving (USA) 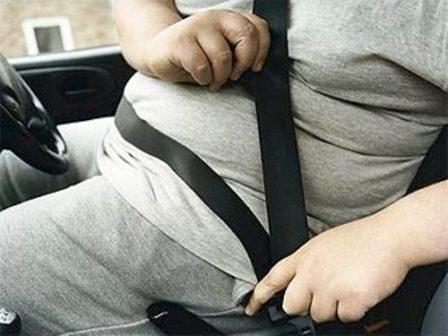 Individual motorised traffic and obesity have both increased in industrialised countries in recent decades and a new long-term study in the USA has demonstrated a strong correlation between the two.
Many experts have hypothesised that there is a relationship between individual motorised traffic and obesity and now the results of a new long-term study seem to confirm this. The study was made in the USA from statistical data on obesity and traffic indicators between 1985 and 2007.

The authors see the time people spend in a car as time of being physically inactive. The results showed that the correlation between the annual traffic rate and the rate of obesity all over the country was 99%.

Individuals who are obese are more likely to suffer from conditions such as coronary heart disease, type 2 diabetes or and high blood pressure. To reduce these kind of diseases and the costs for the healthcare system the Centre for Disease and Control (CDC) in the USA suggests promoting walking and cycling as a mode of transport and additionally promoting mixed land use development. In everyday life people have the choice whether they take the car for short distances, which means burning fuel instead of fat, or to walk or cycle saving fuel and emissions whilst improving their health.

In 2006 a cross-national study in Europe found out that the obesity rates are higher in countries with more individual motorised traffic and higher densities of roadways.