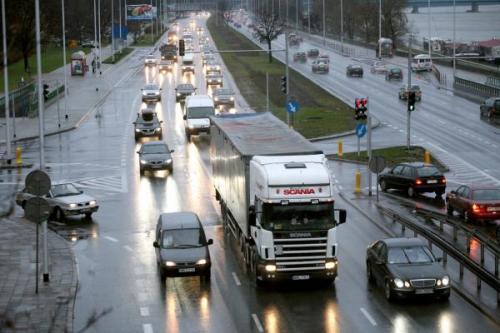 From March 2011, trucks heavier than 18-tonnes cannot enter the Polish city of Wroclaw during rush hours. This follows a successful implementation of the ban in Warsaw.
In order to reduce congestion and enhance safety during rush hours on the streets of the Polish city of Wroclaw, on the 7th March a timely ban was enforced to stop trucks over 18-tonnes from entering the town during the following hours: 06:00 to 09:00, 13:00 to 19:00 and 22:00 to 04:00.

The ban signs have been installed at 5 main entrances to the city giving drivers the chance to re-route or park in the case that they are driving at a prohibited time. The solution aims to reduce the traffic at the most congested times and also facilitated progress of necessary road works. The ban concerns all trucks that want to enter the town at specified times, but not trucks that are already in town allowing them to leave it at any time. The ticket for breaking the rule is 250 PLN (around €60).

The ban concerns mainly transit trucks, though some exemption are provided. It is estimated that 12.000 heavy trucks pass through Wroclaw every day.

More information: www.motofakty.pl (Only in Polish)