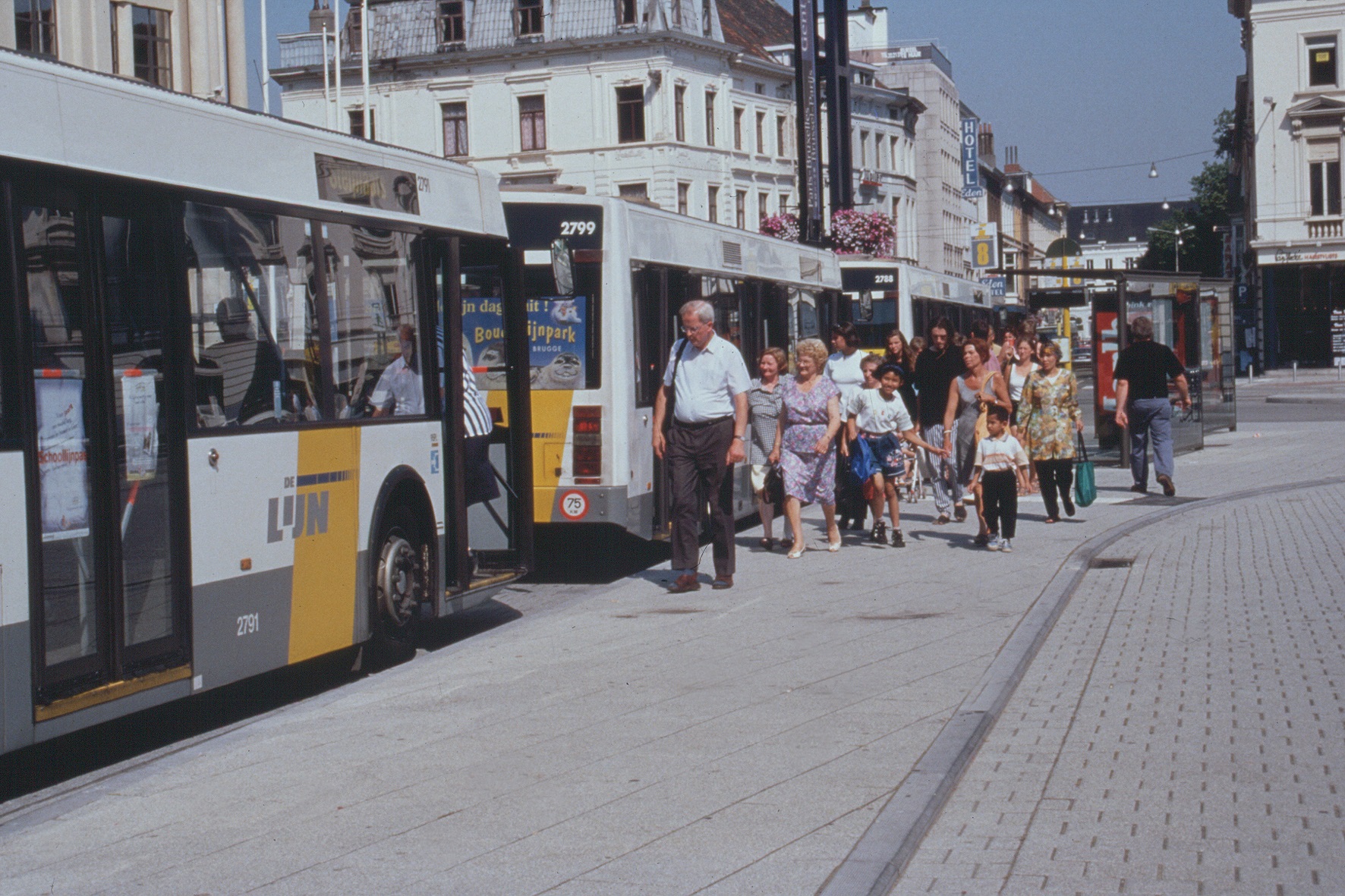 The city of Hasselt abolished public transport fares in 1997 within the city range. For many years, this decision was the flagship of the 'politics of free'. This will now come to an end and only young people under 19 years will still travel for free.
Because of the free public transport, Hasselt got worldwide media attention and has become a success story. Both the number of travellers and the number of routes and buses has increased with time. Until June 1997, there were approximately 1,000 Hasselt bus passengers per day. Ten years later there was an average of 12,600. The 46 buses on nine lines, with promenade and centre shuttles generate an annual 2.2 million kilometres. By 2006, they had transported 4.6 million travellers annually. Travellers transferred from cars, but cyclists also started using the free bus.

Meanwhile the cost of the free bus experiment also almost quadrupled in ten years. There was criticism that thorough investigation was never conducted into the effects of the intervention on the transport behaviour of the residents and visitors of the city. The cost of free public transport in Hasselt for the public transport company De Lijn had risen from 967,000 euros in 1997 to 3.453 million euros in 2007.

Now, after 16 years, Hasselt has to take budgetary efforts to keep the costs under control, as in other cities and municipalities and some savings in various areas came to mind. The Town Council has therefore decided that the subsidies for bus transport is to be sharply reduced. Anyone who is over 19 years of age, will have to pay 60 eurocents per ride for a ticket. This ends the era of free public transport in Hasselt.

Observers state that the abolition of the free bus is not a political decision but a decision motivated by sheer financial necessity. The decision to abolish the free buses was based on a simple sum. The city has been paying an annual amount of 1.8 million euro to De Lijn. The carrier itself was struggling with rising costs and reduced income and suddenly increased the invoice for Hasselt to 2.8 million. This was too much for the city in the current economic circumstances.