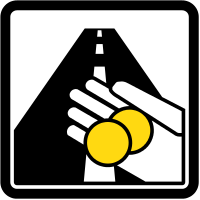 Europe’s newest experience with congestion charging has reduced traffic significantly, but it may soon face a citizens’ referendum.
The congestion charge introduced in Gothenburg, Sweden this year reduced peak hour traffic by 20 percent in January, closely matching forecasts, according to official reports. The year-on-year reduction in February was 17 percent.

However, a protest movement spearheaded by the Swedish Automobile Association has mustered a reported 50,000 signatures – which ought to be enough to subject the charge to a popular referendum, according to the Swedish news site www.thelocal.se

Controversy reigns despite several documented benefits of the charge:

The Swedish government approved the congestion charge for Gothenburg as part of its strategy to make the city an attractive, densely populated regional centre. The charge’s aims are to reduce downtown motor traffic, improve air quality and generate revenue for a package of public works developments. The charge is 80-1.80 euros depending on the time a vehicle enters the charging zone. Passage in evenings, nights, weekends and holidays remains free. Only Swedish citizens are liable for the charge.

One complaint about the charge, however, is that it has displaced some traffic onto smaller side streets where the toll can be avoided. On some of these streets, traffic has risen by 30 percent, according to a press release from the Swedish public transport operator Västtrafik.

In preparation for the charge, Gothenburg increased its park and ride capacity, but not enough to satisfy the increased demand. Some facilities are regularly filling up during morning rush hour and more park and rides are under construction.