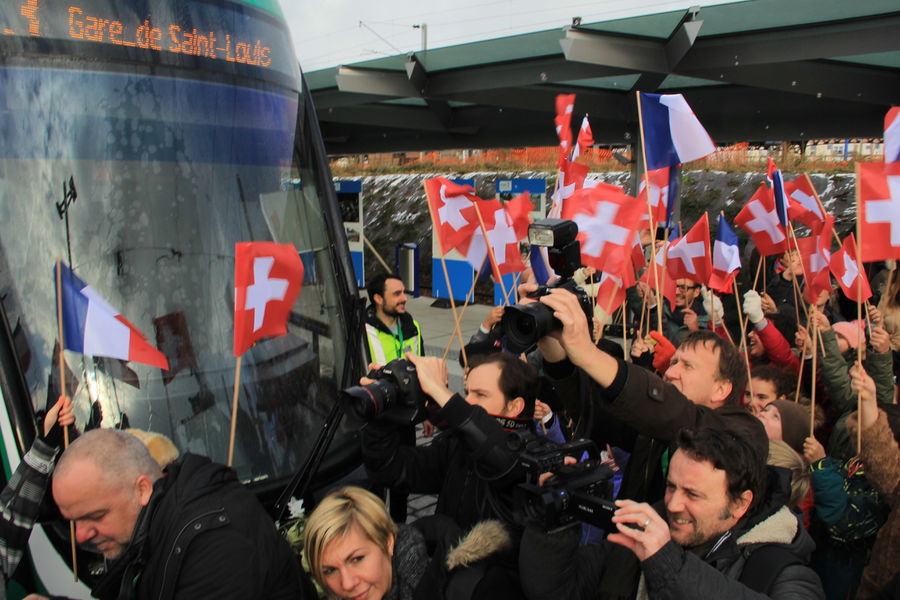 In December, the Swiss town of Basel opened a new tram track to Saint Louis in the French part of its agglomeration. Two years ago, Basel had already connected its tram network to the adjacent German town of Weil am Rhein. It is unique that an urban tram network covers three countries.

Basel’s agglomeration covers Switzerland, France and Germany, and hence, urban mobility planning should connect the three. Therefore, the opening of tram 3 to Saint Louis is an important part of agglomeration’s mobility strategy.

The local residents of Saint Louis become well connected to the regions facilities. Mayor Jean-Marie Zoëlle said: ‘This new connection makes multimodality possible and offers a better connection with the city, the airport and the railway station.’ The stretch to Saint-Louis covers four stops, with Saint-Louis station being the end point.

It was a conscious choice to build a tram line to Saint Louis, rather than to provide a bus line. A tram is considered more punctual and is expected to draw more passengers thanks to a higher capacity. The tram line should specifically draw people who currently commute by car. On a daily basis, around 30,000 commuters cross the Swiss border by car, causing traffic jams and longer travel times. A park-and-ride parking for 750 cars should encourage French commuters to hop onto the tram (source: CityLab).

Despite higher investments costs, the tram is also expected to be more profitable in the long run, partly because of lower operating costs for greater volumes of passengers.