France experiments with paying commuters to bike to work 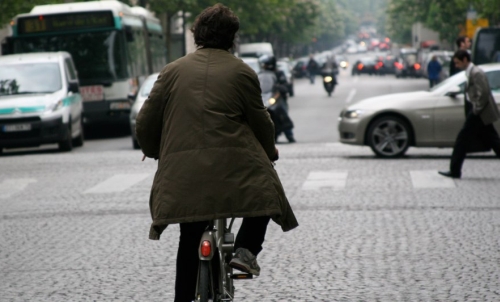 Bicycle commuters in France will be subsidised by their employers over the next six months in a nationwide attempt to improve health, reduce air pollution and cut fossil fuel consumption.
Twenty companies and institutions employing a total of 10 000 people are participating in the scheme. Employees will receive 25 cents for every kilometre that they cycle to work.

The experiment was launched on 2 June. Frédéric Cuvillier, a junior minister at the Ministry of Ecology, Sustainable Development, and Energy, said: 'Public transport as well as cars are subsidised through commuting between home and work. This large-scale test will allow us to assess whether this can also apply to bicycles.'

The ministry hopes that the scheme will increase commuter bike use by 50 per cent. Approximately 2.4 per cent of all journeys from home to work in France are currently undertaken by bicycle.

Numerous other European countries including Belgium, Denmark, Germany, the Netherlands and UK already run bike-to-work schemes featuring different measures. Some examples of these are tax incentives, payments per kilometre such as is being trialled in France, or financial support for buying bicycles.