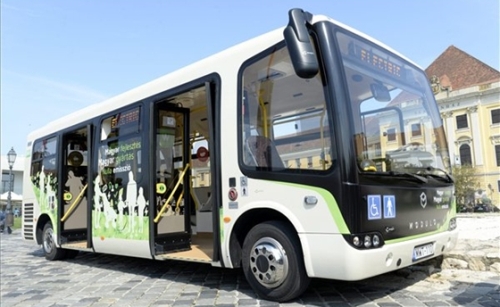 Rather than being constructed with metal, the frame of the Modulo bus is built out of plastic which has resulted in a bus that is two tonnes lighter than conventional models. The lightweight material is also resistant to corrosion, with the condition of the bus's body guaranteed for up to 30 years.

The bus can carry up to 65 passengers and has a range of 100 kilometres on a single electrical charge. It is also a low-floor model, making it accessible for wheelchairs and passengers with mobility problems. Due to its electric engine, it is also much quieter and more environmentally friendly than other bus models.

The project cost a total of one billion Hungarian forint (€ 3.25 million), including around € 400 000 in EU funding. The bus model has received road certification and production of the first 25 commercially available vehicles has already begun.