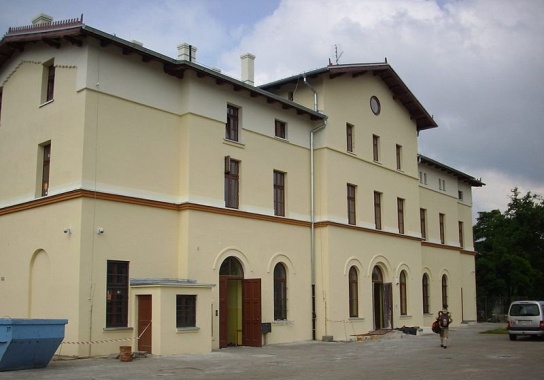 Citizens of Wroclaw who live in Psie Pole, one of the furthest housing estates from the town centre, will receive parking spaces for cars and bicycles to encourage them to use the train for commuting to the city centre.
Wroclaw is one of the largest cities in Poland. Despite the use of many techniques to improve the city’s transport system, congestion remains a challenge. Congested roads are particularly a problem for those who live on the outskirts of the town and further afield. A new method being introduced to stop cars entering the town is a Park and Ride system. Two car parks for 160 cars will be built close to the Psie Pole railway station. These are intended for commuters who live in the north east of the town and can easily reach the station by car or bicycle and then continue their journey to the city centre quickly by rail. Extra local bus services will be introduced to Psie Pole railway station when the Park and Ride system is launched. Their schedule will be coordinated with the train timetable.

The Park and Ride parking will be free of charge. The cost of the investment is 6.8 million PLN (€1.7 million). The city’s Bicycle Assignee confirms that bicycle parking will also be available at the railway station. There will be bicycle lockers and a compressor for pumping flat tires. The city authorities are expecting gastronomy and trade developments at the Park and Ride location. The biggest challenge is to organise coordination between the city and the railway company on the matter of travel scheduling and financing (including ticketing and integration with the UrbanCard system).

The first stage of the investment will involve opening the car park for 50 cars and introducing the supportive bus lines. This is planned for Spring 2012. The remainder of the project will be completed at the end of 2013. Psie Pole is a dynamically developing part of Wroclaw and has a good railway connection with the city centre. It has therefore been chosen as the first location for a Park and Ride system in Wroclaw.