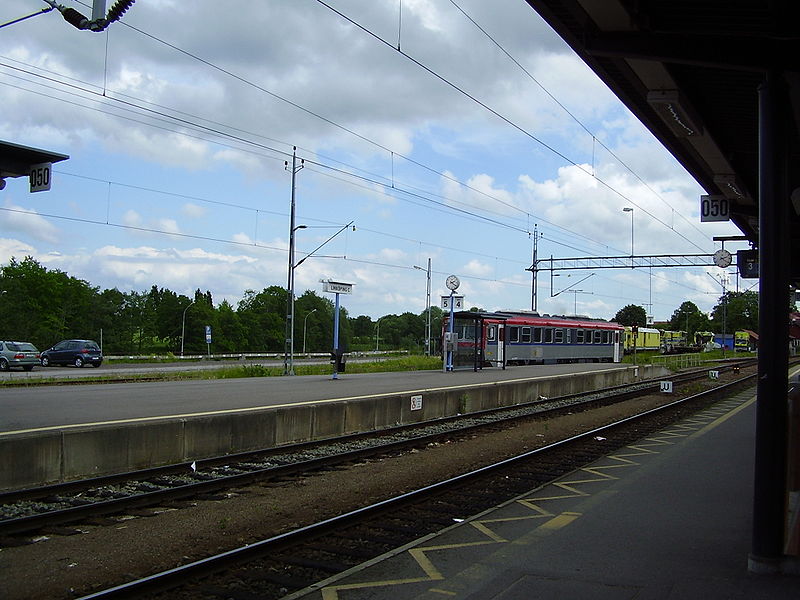 The world’s first biogas powered train 'Amanda' has not moved for more than a year. Now it’s time to rearrange her operation.
Since 2005, biogas regional train Amanda had been operational on the110 km long track, between Väs-tervik on the coast of the Baltic Sea and Linköping located just south of Stockholm. The contract with Östgöta Trafik ended in July last year, and since then the train has not been in use. Passenger interest in using the bio train in recent years has not been enough and the principal of the commission Kalmar Läns Trafik AB did not consider continuation of the service worthwhile. Amanda is now to be trialed in inland Sweden.

Bengt Carlsson, Sales engineer at Tekniska Verken in Sweden, highlighted the environmental impact that the train had during its 5 years of operation; the emissions decreased drastically in comparison to trains using diesel fuel. The biogas was produced locally in Västervik using waste products from an abattoir. Amanda ran 150 000 km during its time of operation.

Now the inland railroad has shown interest in the biogas train Amanda and will trial the passenger vehicle in the Northern region of Jämtland. Characteristics of this region are its open countryside and mountains. Bengt Carlsson at Tekniska Verken believes, in fact, that the region would benefit a lot from the enhanced branding opportunity that the Amanda would bring.

Sweden intends to convert its energy management to completely renewable resources by 2050.