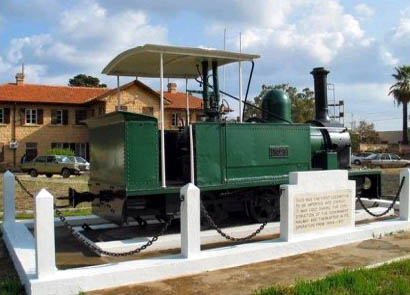 After 60 years since the decommissioning of the island’s only railway line, Cyprus is now looking into establishing a railway network which would reduce travel times to one third.
A feasibility study which is currently being prepared at the request of the Ministry of Transport proposes the introduction of a railway network in the coming 15 years. The lines would link up the capital with all the major cities on the island. Currently the island’s mobility is very much dominated by private motorised transport, with walking, cycling and public transport taking a very low modal share. The result is one of Europe’s most energy intensive economies, including high levels of road congestion.

The new railway network is expected to offer an alternative to car-based personal transport and is hoped to significantly reduce the energy-intensity and CO2 emissions of the transport sector. The rail network will link up all the main settlements on the island. Between the most Western location, Pafos, and the capital, Nicosia, travel times will reduce from the current 1.5 hours by car to 30 minutes.

Between 1905 and 1951 the island already had one railway line, connecting Morfu on the North shore with Famagusta on the South. On its 122 length it also linked up the capital, Nicosia. The line had altogether 39 stops. It must be noted that the line was primarily used to transport ore, chrome ore and asbestos, and passenger transport was of secondary importance. Apart from this public line there were also some smaller private railway lines for the mining industry - these are now also all left derelict.

More information about the proposed railway network will be available once the feasibility study is completed around Christmas 2011.