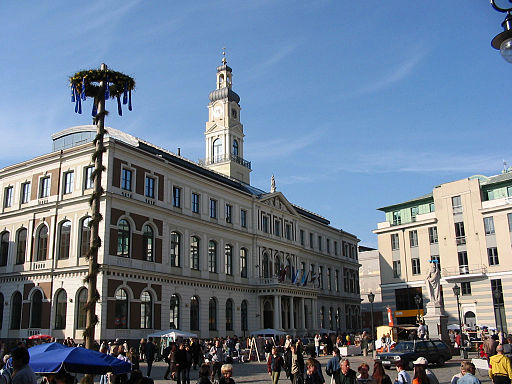 In 2011 the number of cyclists on the streets of Riga at least tripled compared with the previous year. Most trips are recreational, but there is a growing trend of bike commuting too.
In Latvia, the first bike tours began operating in the mid-90s, but have only really become popular in the past decade. EAT (Experiencing Alternative Tours) Riga has been showing visitors the sights of the city and beyond, by bike, for three years now. According to the bike tour manager Marcus Nation, EAT was the first company to offer cycling sightseeing in Riga.

The number of tourists wanting to see the city sights by bicycle is increasing every year. Marcus Nation thinks that one reason the bike tours are so successful is the popularity of cycling across Europe. Latvia is an ideal country for roaming by bike because of the number of rural and forest roads. It appeals to eco-friendly travellers as there is less competition on back roads, meaning cyclists can pedal at their leisure. Cycling is a more active, more healthy and more ecological way to travel, says Marcus Nation.

National estimates in 2011 indicate that the number of cyclists on the streets of Riga tripled or even quadrupled compared with previous years. Cycling generally appeals for recreational trips, although in Latvia there is a growing trend of using bikes to get to work or university. This is a positive sign for the bike tour industry. It means that more people are enjoying bicycles in their everyday life, and when it comes to travelling, they’ll look for similar options.