Eupen citizens to have say on mobility (Belgium) 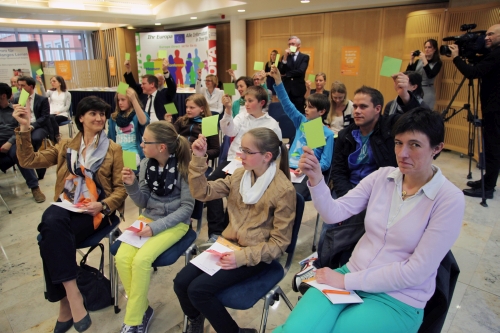 Residents of Eupen in Belgium are being given a chance to vote on changes to the flow of traffic in the city centre.

The referendum takes place on 14 June and will ask residents five questions related to traffic rules on two streets and the marketplace in the city centre.

The first question asks whether the streets should remain open to car traffic. The following four questions offer different options for allowing pedestrians, cyclists, public transport and emergency vehicles in these areas.

According to recent figures 8 500 cars pass through the city's marketplace every day - a rate of between 500-640 vehicles an hour between 8am and 6pm.

Around 16 000 voters are eligible to vote in the referendum and a turnout of at least 10 per cent is required for an official result.

If more than 20 per cent vote the result is legally binding for the city administration.

For more information, visit rtbf.be (in French) and eupen.be (in German).