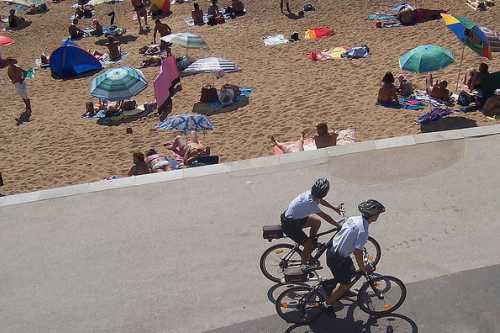 Matosinhos has committed € 500 000 to the development of bicycle paths in the city’s port area to get more residents to take up cycling.

José Pedro Rodrigues, the councillor responsible for mobility and transport, said that the investment is a ‘strategy to encourage the use of bicycles and other soft modes of transport as an alternative, or complement, to mass public transport’.

Construction is expected to begin in Spring 2015. As part of the plans the local authority performed studies on bicycle safety, utilising public space and inclusivity.

Cllr Rodrigues also said that the bicycle network would be an innovative solution to help tackle the heavy traffic on Matosinhos's narrow streets and that safety and security was a priority.

Matosinhos plans to expand the network in the future and make it possible to cycle to other towns or regions.