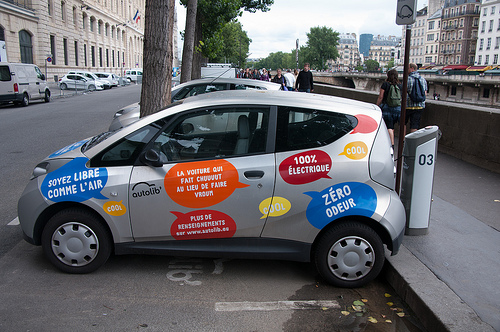 The French government will offer incentives of up to € 10 000 to motorists who consider switching their ageing diesel car to an electric vehicle.

The French Minister for Ecology, Sustainable Development and Energy, Ségolène Royal, announced that the measure will take effect from 1 April 2015.

The new incentive will only be available to drivers wishing to replace vehicles older than 13 years. Bonuses will range from € 500 to € 10 000 for the swap, while up to € 6 500 will be available for those wishing to change to a hybrid vehicle.

Minister Royal said that the financial incentive was affective only for one year and that it would ‘not go on forever’.

In a further bid to encourage French citizens to choose electric vehicles, Minister Royal also said that 7 million standardised electric charging stations will be installed in France by 2030.

The stations, ideally located within 60 km of each other because of the limited ranges of batteries, will become mandatory in private and public car parks at train stations, supermarkets and airports. The locations of all the points will appear on a national website. The minister also suggested that electric vehicle charging might be exempt from taxation.

For more information, visit the Europe 1 website (in French).