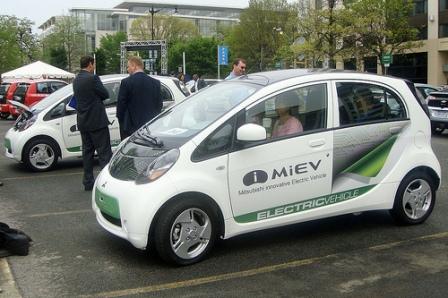 Estonia is not letting its small size be an obstacle for finding unconventional solutions to conventional problems. Starting with 5 Tallinn social workers, 507 municipality employees and social workers will soon drive electric cars for their work.
Estonia has entered a government-level cooperation memorandum with Mitsubishi Corporation aimed at identifying projects that help to reduce greenhouse gas emissions in Estonia. In March the Estonian government made the decision to exchange surplus carbon credits from the emissions trade for electric cars provided by Mitsubishi.

The Estonian government is now planning to provide a total of 507 Mitsubishi I-MiEV electric cars to municipalities and social workers. To support the investment, a countrywide network of around 200 quick charging stations for the electric cars will be built. The chargers will be installed along all primary and secondary roads at 40-60 kilometre intervals and in all cities and settlements with at least 3,000 inhabitants. The introduction of electric cars and the required infrastructure directly supports Estonia's target of a 10 % share of renewable energy in the transport sector by 2020.

Once the Electric Mobility Programme for Estonia is fully implemented, it is likely that Estonia will be one of the world’s most advanced countries in the field, with the greatest coverage of a car-charging network and the highest number of electric cars per capita. An important issue is that a greater use of electric cars will lessen Estonia’s dependence on imported automotive fuel. Electric cars have been criticised for their unsatisfactory power when operated in cold climates, but the cars used in Estonia are especially customised for the Nordic climate.

On the one hand, smart solutions require good infrastructure, but the experience and original ideas from our specialists are just as important in finding unconventional answers to conventional problems. We have proved that our small size is not an obstacle and Estonia is increasingly seen as the best environment for implementing the pioneering solutions, says Estonian Prime Minister Andrus Ansip.