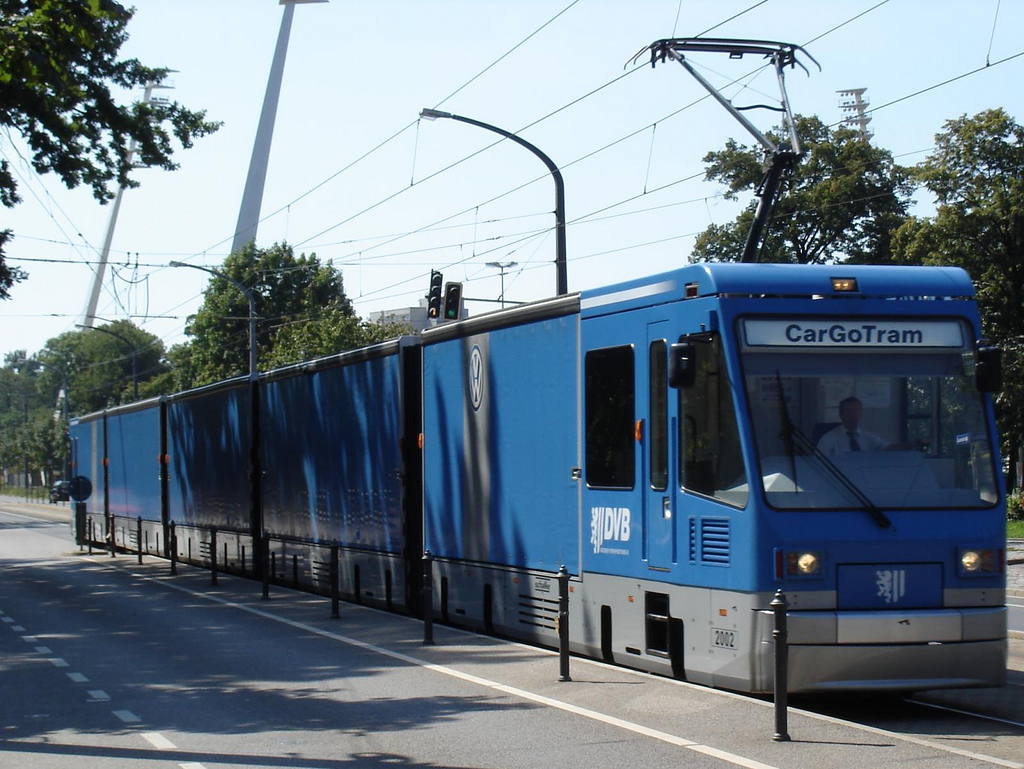 Across Europe, electric trams are being used for something that perhaps not many people think of at first: the transportation of urban freight. Certain businesses now see tram networks as a means of moving their goods.

One example is the TramFret project in Saint-Étienne, central France, which uses old trams to carry cargo on the city's network. Currently, TramFret is making daily deliveries with water, snacks, canned goods, and soft drinks from a warehouse on the edge of Saint-Étienne to the city centre. The items' final destinations are shops owned by the supermarket chain Casino. TramFret itself is a partnership between Casino, the local authority, and the tramway's operator.

Joël Danard from Efficacity, the research and development institute which initiated the partnership, explains that: "It was based on the idea that if you could bring the flow of goods on to the tramway, it would prevent adding to traffic on the road. It avoids congestion on the roads, and so it helps reduce the amount of carbon emissions and pollution.”

Volkswagen (VW) has been doing something akin to TramFret in Dresden, Germany, since 2001. Using the city's tram passenger route, the CarGoTram transports parts for the e-Golf from the freight depot to the VW factory. The service is a partnership between the car company and Dresden's transport operator DVB.

To find out more, visit theguardian.com.