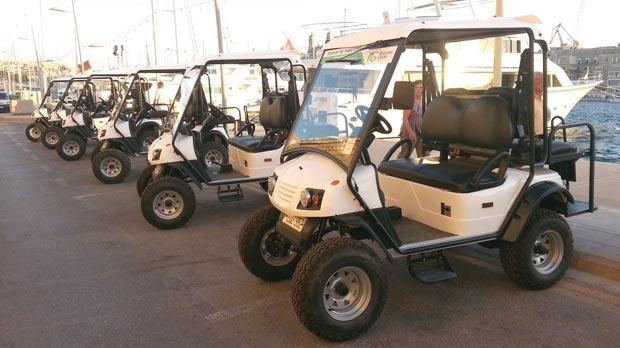 A fleet of talking electric cars that take tourists around the sights of Cottonera in Malta with the help of multi-lingual audio guides are now in operation.

The electric cars, known as Rolling Geeks, are equipped with a pre-programmed GPS system that guides them on a sightseeing route while giving a running audio commentary of the cultural sights as they pass. Audio tours are offered in English, French, German, Italian, Spanish, Dutch, Russian and Mandarin.

‘Our electric cars are silent, eco-friendly, easy to drive and enable people to explore the magnificent Cottonera area while stopping to take in whatever catches their fancy, including a dip in the sea,’ said Kris Rycken from Xception Malta Ltd, the startup behind the concept.

The standard tour lasts two and a half hours and takes in three of the most culturally rich cities in Malta, enabling users to see more than they would in a whole day on foot. The 4x4 electric cars weigh 600kg, seat four people and have a 60km range with fully loaded batteries. The 5.4 Kw engine is powered by eight 6v batteries and the top speed has been limited to 25km/h.